President Trump Rejects The Teachings of Jesus Christ at the National Prayer Breakfast! 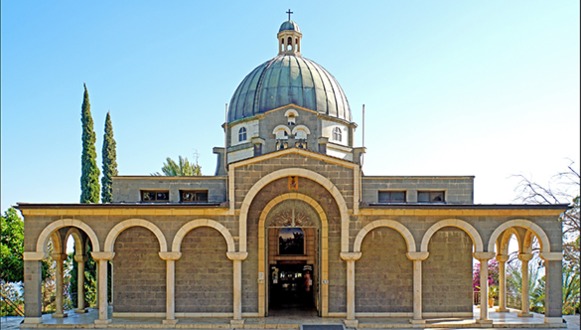 Every practicing Christian learns about Jesus’ Sermon on the Mount, in which he preached to his followers, the meek will inherit the earth, be glad when people persecute them, to turn the other cheek, and most importantly, to love their enemies. 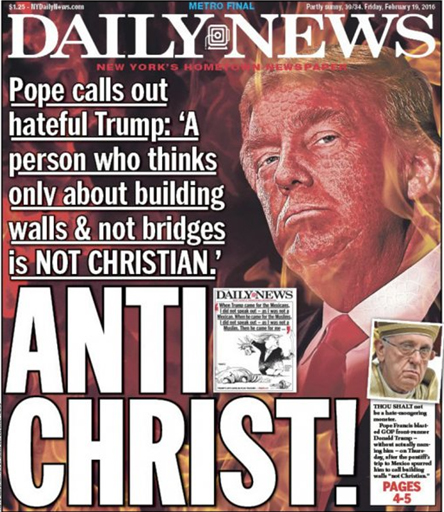 The National Prayer Breakfast has been a yearly tradition since 1953 that’s held in Washington, D.C., usually on the first Thursday in February. The founders of this event were Congressman Abraham Vereide and Billy Graham. President Dwight D. Eisenhower and every President of the United States have attended this breakfast.   The National Prayer Breakfast then includes a series of meetings, luncheons, and dinners—has taken place since the 1980s at the Washington Hilton on Connecticut Avenue NW.

This year’s National Prayer Breakfast was attended by approximately 3.500 guests, including international invitees from over 100 countries. The breakfast was hosted by members of the United States Congress and is organized on their behalf by The Fellowship Foundation, a Christian organization.

The event is designed to be a forum for the political, social, and business elite to assemble and pray together.

President Donald Trump, a self-described Presbyterian, made it clear with Nancy Pelosi, many other political opponents and members of the press in the room that he holds Jesus’ teaching in contempt. The keynote speaker Arthur Brooks, a Harvard professor and president of a conservative think tank, lamented the country’s increasing polarization. Brooks said…

Brooks then asked members of the audience to raise their hands if they loved someone whom they disagreed with politically. Hands shot up around the room, but President Trump didn’t raise his hand. Instead, he sat still in his chair with a contemptible and angry expression.

The President then was given the opportunity to speak immediately and used his time at the lectern to condemn the impeachment proceedings, rally for his own reelection, and disparage the sincerity of his opponents’ religious conviction and faith. In what can only be described as a jarring departure from the tone set by other speakers at an annual event that over the past 67 years has sought to promote bipartisanship and unity.

President Trump enjoys wide support from Evangelical Christian leaders and their flocks throughout the United States. At the same time, his behavior and rejection of Jesus Christ’s teachings and admiration for dictators and despots while painting himself as the “chosen one” may fulfill biblical prophecy of the arrival of the ‘Anti-Christ.’

Trump’s 15,000 plus malicious lies, contempt and hatred of people of color, the poor, separating children from their parents at the border, ordering babies, toddlers and children thrown into inhuman caged conditions continue to go ignored by many Evangelical Christian leaders and their flocks.

Trump’s abandoning of our Kurdish allies in Syria, efforts to starve the people of Iran of food and medicine are more the actions of the ‘Anti-Christ’ than of a Christian U.S. President.

Perhaps, Pope Francis, the leader of the Catholic Church warning about President Trump in February of 2016, was spot on.