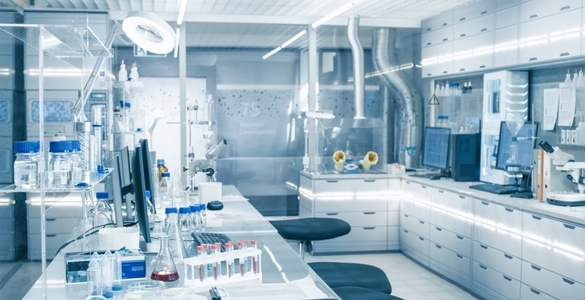 When asked on Saturday about his decision to shutter the emergency pandemic office set up by President Obama in 2014, designed to protect our nation from risks like COVID-19, Trump skirted the question.

Yesterday, when President Trump held his afternoon press conference and was asked why he chose to close and dismantle the National Security Council directorate at the White House charged with preparing for when, not if, another pandemic would hit the nation in 2018.

Trump accused the reporter of asking a nasty question. He then claimed that “thousands” in the department were just unneeded and could be hired back when needed.

President contradicted his comments yesterday and insisted he had no involvement in the decision to close and dismantle the emergency preparedness asset. It was others in the administration that made this decision without his knowledge.  Another lie from the President who has told more than 16,000 lies and untruths since being sworn into office in January 2016 as tracked by the Washington Post.

The truth is, public health and national security experts shake their heads when President Donald Trump says the coronavirus “came out of nowhere” and “blindsided the world.”

Experts have been steadily warning about the next potentially deadly pandemic for years and criticized the Trump administration’s decision to shut down the National Security Council directorate at the White House charged with preparing for crises like the coronavirus.

“It would be nice if the office were still there. I wouldn’t necessarily characterize it as a mistake (to eliminate the unit). I would say we worked very well with that office.”

While the NSC directorate for Global Health and Security survived the transition from President Barack Obama to Trump in 2017, Trump did eliminate the office while proposing massive budget cuts for the CDC. Because he did not see the threat of pandemics in the same way, President Obama and many experts in the field did.

Also shedding light on President Trump’s willingness to compromise our national security concerning pandemics is an op-ed Friday in The Washington Post by Beth Cameron, the first director of the unit in which she wrote…

“One year later, I was mystified when the White House dissolved the office, leaving the country less prepared for pandemics like COVID-19.”

Cameron said the directorate was set up to be the “smoke alarm” and get ahead of emergencies and sound a warning at the earliest sign of fire — “all to avoid a six-alarm fire.”

Trump disconnected the smoke alarms to prevent the wide-spread pandemic like the coronavirus. Cameron went on to say on her op-ed that it’s impossible to assess the impact of the 2018 decision to disband the unit. She also acknowledges that biological experts remain at the White House, but she argues that it’s clear that eliminating the office contributed to what she called a “sluggish domestic response.”

Cameron said that shortly before Trump took office, the unit was watching a rising number of cases in China of a deadly strain of the flu and a yellow fever outbreak in Angola.

“It’s unclear whether the decision to disband the directorate, which was made in May 2018, after John Bolton became national security adviser, was a tactical move to downgrade the issue.  Or it was part of the White House’s interest in simplifying and shrinking the National Security Council staff.”

While Trump claimed the office involved thousands of employees, the truth is the NSC during the Obama administration grew to about 250 professionals, according to Trump’s current national security adviser, Robert O’Brien. The staff has been cut to about 110 or 115 staffers.

On Friday, Trump’s cover-up of his terrible decision to shut down the NSC global health, which focused on this kind of emergency, was revealed when asked that whether closing the NSC global health unit slowed the U.S. response, he called it a “nasty” question. Trump wants to instead focus on the administration’s quick response saved lives. Trump’s lie…“I don’t know anything about it” and blamed others for the decision.

Revealing his real thoughts earlier, when asked about it, he said…

“This is something that you can never really think is going to happen.”

“….remained a top NSC priority, and its expert team was critical to effectively handling the 2018-19 Africa Ebola crisis. The angry Left just can’t stop attacking, even in a crisis.”

The fact is since 2016, the national intelligence director’s worldwide threat assessment has warned that a flu pandemic or other large-scale outbreak of a contagious disease could lead to massive rates of death and disability that would severely affect the world economy. Public health experts have been blowing whistles too.

“When you have a respiratory virus that can be spread by droplets and aerosol and ... there’s a degree of morbidity associated with that, you can have a catastrophe. ... The one that we always talk about is the 1918 pandemic, which killed between 50 and 100 million people. ... Influenza first, or something like influenza, is the one that keeps me up at night.”

The White House says the NSC remains involved in responding to the coronavirus pandemic without admitting it’s doing so without the right staffing. A senior administration official reported Friday that the NSC’s global health security directorate was absorbed into another division where similar responsibilities still exist, but under different titles. Insisting instead that the work of coordinating policy and making sure that decisions made by Trump’s coronavirus task force; are implemented is still the job of the NSC.

Many lawmakers in Washington are not convinced.

Associated Press is reporting that Rep. Gerald Connolly, D-Va., and Rep. Steve Chabot, R-Ohio, have introduced a bill that would require future administrations to have experts always in place to prepare for new pandemics. According to Rep. Connolly....

“Two years ago, the administration dismantled the apparatus that had been put in place five years before in the face of the Ebola crisis,” “I think, in retrospect, that was an unwise move. This bill would restore that and institutionalize it.”

Connolly said the bill is not meant to be critical of the Trump administration. He said it’s a recognition that Trump had to name a coronavirus responder just like Obama had to call one for Ebola in 2014. Saying …

“We can’t go from pandemic to pandemic,”

The Democrat-controlled House Foreign Affairs Committee on March 4 passed the measure, which is co-sponsored by 37 Democrats and five Republicans. The full House has not yet voted on the bill.

AP quotes rep. Steve Chabot as saying one of the bill’s main goals is to would require personnel to be permanently in place preparing for pandemics…

“Specifically, we need someone, preferable at the NSC, to quarterback the U.S. government’s response since that response inevitably involves several agencies across the government…Our bill would make this position permanent.”

“I think if we’d had a unit and dedicated professionals looking at this issue, gaming out scenarios well before ... we might have identified some of these testing issues…There would have been folks sounding the alarm in December when we saw this coming out of China, saying ‘Hey, what do we need to be doing here in this country to address it?”

Ron Klain agrees, he managed the government response to contain and mitigate the spread of Ebola in 2014, agrees said recently at the event hosted by the Center for American Progress in Washington...