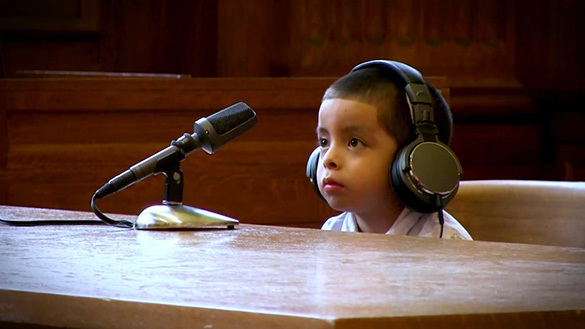 At WallStreetRebel.com, we can’t sit by and not warn you that President Trump has gone too far; and when the manure hits the fan, the shock wave throughout the world’s financial markets may be so enormous, it may become referred to by historians as the “The Financial Tsunami of 2018”…and it may already be getting under way.

The President’s latest violation of U.S. Federal law, International treaties, and Judeo-Christian ethics comes down to his and his administration’s abusive treatment of child refugees.

·        Depriving them of clean water and food for days, and legal counsel

·        Ripping nursing babies out of the arms of their mothers

It all amounts to deliberate cruelty. It’s a return to eras that were   pre-civil rights. A return to the way we abused and murdered Native Americans.

Trump and his white nationalist minions are terrorizing legally eligible asylum seekers under the guise of keeping crime gangs out of this country. It adds up to noting more than a reprehensible anti-Hispanic White Nationalist policy.

This latest outright criminality is impossible to ignore.

While the children are being dragged into a court room, their parents – many more than a thousand miles away – are being coerced by the U.S. government to chose deportation and the return of their children, or the kids remain hostages.

President Trump has an 88% approval rating among registered GOP voters. Trump can commit child abuse, traumatize toddlers and that’s fine with a super majority of 25% of American voters.

The King has no clothes.

The scandals and crimes of President Trump and an increasing number of his administration are compounded by Trump’s miss-steps in the escalating trade war.

This summer isn’t going to be kind to President Trump. The Senate Intelligence Report is a nightmare for the GOP. Its bipartisan conclusion: Trump’s campaign was the intended beneficiary of Russia’s election meddling in the 2016 election.

We understand this comparison will upset some still hoping President Trump knows what he’s doing. The fact remains, however, and bears remembering…

Hitler lost World War II ultimately because he opened too many war fronts. Hitler believed himself to be a genius who could take on any and all adversaries. He was, after all – as far as he was concerned – the inheritor of the super race. In his mind, he was… meant to be.

Trump’s ego is certainly gigantic. He is absolutely a great salesman and promoter, but Trump isn’t a genius. He’s now opened too many fronts. He’s heading for an implosion, and investors should be taking cover.

Geoff Garbacz, the editor of Super Stock Investor, Gold and Energy Options Trader, and Index Options Trader called me on Monday evening to tell me he’s moved 100% in cash. It makes sense to me.

The trade war may be the reason for the trouble ahead, but the spark could well come as a result of the horrifying treatment of children. Regardless, the spark is approaching.