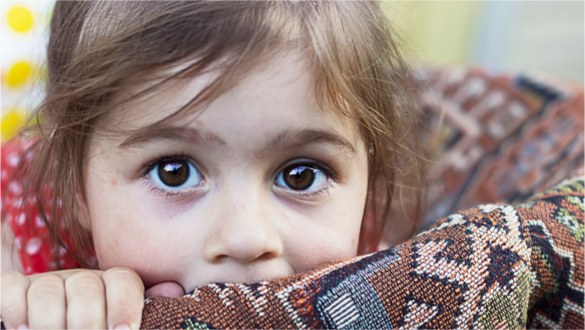 On Monday, U.S. Federal District Judge, Dolly M. Gee ruled the Trump administration’s Office of Refugee Resettlement (ORR) must get parental consent before staff can medicate migrant children with psychotropic drugs except in an emergency.

The judge made no ruling, gave no guidance as to what kind of emergency would justify the forced administration of psychotropic drugs or who would determine it was an emergency. Judge Gee also ordered agency’s staff must explain to the children in writing why they’re being detained without even taking any steps to allow for the fact that some of the children are too young to read.

Despite finding that the children being held against their parents’ consent at the Shiloh Residential Treatment Center in Manvel, Texas violated the Flores agreement – a 1997 legal settlement that provided protections for detained children –  the agency’s staff has been drugging detained child migrants with psychotropic medicine without their parents’ consent, according to legal filings.

One of the horror stories detailed in the lawsuit about Trump’s abuse of children included the fact that one child was forced to take up to 16 pills per day without knowing what the medication was. Another horror recounted how children have been thrown to the floor or and had their mouths pried open to force the taking of psychotropic drugs. Children who refuse to take the drugs are being told that their detention times would be prolonged if they didn’t take the drugs.

According to a memo filed in the lawsuit, the ORR has adopted a 1984 Orwellian approach to human rights in the care and housing of children...

“When youth object to taking such medications, Office of Refugee Resettlement compels them,” “ORR neither requires nor asks for a parent’s consent before medicating a child nor does it seek lawful authority to consent in parents’ stead. Instead, ORR or facility staff sign ‘consent’ forms anointing themselves with ‘authority’ to administer psychotropic drugs to confined children.”

The treatment of child detainees has drawn intense criticism by President Donald Trump’s administration’s zero-tolerance policy which has separated migrant families’ babies and children at the border. Currently, there are ten thousand migrant children who came with parents or by themselves being housed in detention facilities before the enactment of the policy. The treatment of migrant children has only become an issue as a result of the recent attention to Trump’s policy of tearing babies and children away from their parents.

A series of lawsuits filed in recent weeks claim and describe widespread abuse of child detainees. One 16-year-old named Keylin said Border Patrol guards would kick her throughout the night and made girls “strip naked” in front of them. Other reports include forcing children to drink toilet water, physical assault, rape, and being starved.

WallStreetRebel.com: So what does this have to do with the financial markets? Everything. President Trump is considering cutting taxes for the richest Americans by another $100 Billion while children are being beaten, raped, drugged, and starved. We believe that this is a huge warning signal that our country is swerving at high speed towards an authoritative state - with no rule of law. Countries that succumb to authoritative rule have a history of eventually collapsing under the weight of injustice and human rights abuses. State-sponsored torture of children is a crime against humanity and forebodes great danger to our social and economic system.