President Trump on the Path to World War III! 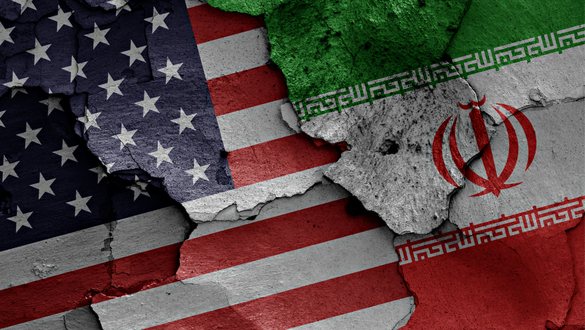 We’re at the precipice of seeing a U.S. led war against Iran which could act as both the catalyst to send oil back to $100 barrel, and worse escalating its violation of the Iranian Nuclear Treaty, economic war against Iran into World War III.

Great Britain seems determined to kneel before the increasing scandal riddled Trump Administration and as a consequence is risking being mastermind by the Trump inner circle into another unjust war in the middle-east. An error-ridden strategy that very well could backfire into a global war in which Russia, China, India, Pakistan, Iraq, and other nations side with Iran.

After seizing an Iranian oil tanker off the coast of Gibraltar last month, the British now face a turnabout and has warned of “serious consequences” after Iran’s seizure of a British oil tanker. Iran posted a video Saturday of its seizure of the British tanker in the Strait of Hormuz. Iran posted a video on Saturday showing masked men descending from a helicopter onto the deck

A spokesman of Iran’s Guardian Council was quoted as saying the interdiction of the British Stena Impero tanker was “reciprocal action” in response to England’s detention earlier this month of an Iranian supertanker in the Mediterranean.

The United States, Great Britain and every signer of the 2015 Iranian Nuclear treaty are waging an “illegitimate economic war” against Iran. A war that the English know from cable messages from their former U.S. Ambassador was started for no other reason than President Obama negotiated the treaty.

The Iranian Guardian Council, a powerful group that oversees internal matters such as elections, rarely comments on international affairs. Its declarations about the British tanker seizure possibly reflect the views of Iran’s supreme leader, Ayatollah Ali Khamenei, and a willingness by Iran’s rulers to step up and stand up to President Trump’s and the British government’s brinkmanship.

Britain, while saying it was not considering a military solution to the tanker’s seizure, noted a possible response would be “considered but robust.”

“We are not looking at military options, according to British Foreign Secretary Jeremy Hunt.“We are looking at a diplomatic way to resolve this situation,” but added, “there will be serious consequences if we are not able to resolve it quickly.”

The reality is since Britain is already waging an economic war against Iran in violation of the 2015 Nuclear Treaty and all the British can do at this point is to do President Trump’s bidding, and escalate this latest conflict into a military confrontation or back down.

Britain is already urging all British shipping to stay away from the strategic Strait of Hormuz which lies at the mouth of the Persian Gulf. The route accounts for a fifth of the world’s oil supply and if shut down by military conflict, could send oil prices soaring.

It’s clear that Iran will continue to seize oil tankers of nations that violate the 2015 Nuclear Treaty. Great Britain says that the Iranian supertanker they seized earlier this month by the Royal Navy near Gibraltar was because it was violating European Union sanctions on Syria. An action protested by both the Chinese and Russian governments.

Mohammad Javad Zarif, Iran’s foreign minister, called the British seizure of the Iranian tanker off Gibraltar “piracy.” He tweeted on Saturday…“Our action in the Persian Gulf is to uphold international rules,” and asked England to “cease being an accessory” to U.S. sanctions against Iran.

A second ship, the Mesdar, was also intercepted by speedboats at around the same time as the Stena Impero, but it was allowed to continue its journey, according to Iran’s state-run media. It’s believed that it was stopped and then let go as a warning that many more tanker Iranian seizures are possible.

“Yesterday’s action in the Gulf shows worrying signs Iran may be choosing a dangerous path of illegal and destabilizing behavior after Gibraltar’s LEGAL detention of oil bound for Syria,”

These threats by Jeremy Hunt against Iran signal a much bigger crisis ahead. As long as Great Britain acts as a pawn of the United States, they face responsibility and complicity in Trump’s rogue lawless state strategy of President Trump.

The U.S. is ramping up its military forces with naval reinforcements aimed at securing the safety of shipping in the area. Among the U.S. warships that have arrived in the region is the USS Boxer, which on Thursday destroyed the Iranian drone that allegedly approached “dangerously close,” according to Trump and the Pentagon. Iran, however, says the claim that the Iranian drone wasn’t brought down is still functional.

The big question at this point, has China armed Iran with its missiles known as aircraft carrier killers? Should the United States or England strike Iran and cause the loss of life of civilians, the likelihood of the sinking of U.S. and British ships increases exponentially.