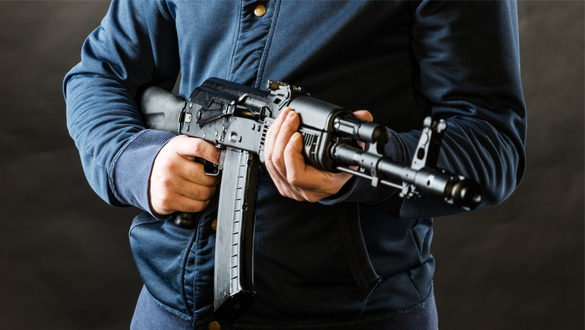 Every one of the 20 deaths, 26 injured in El Paso came as a result of Donald J. Trump’s lying, hate fill speeches targeting Mexican and Latin Americans. Be prepared for a wave of mass murders to sweep across America as racist, mentally ill white nationalist Trumpsters commit one mass shooting after another.

“Mexican’s are rapists, drug dealers, and murderers.” They and Central American’s are an infestation invading our country according to this corrupt, pathological lying, mentally ill, racist, rapist and hate monger in the White House.

Trump’s justice apartment and homeland security agencies have been cutting back on dealing with White Nationalist terrorists racially motivate police violence and murders against people of color, to focus on anti-fascists.

Senators Ted Cruz, Moscow Mitch McConnell, Lindsey Graham, Minority leader Kevin McCarthy, and AG William Barr, are all enemies of the American people and guilty accomplices in destroying the rule of law in our country.

“What you’re seeing isn’t happening,” says President Trump. The babies ripped away from the nursing asylum-seeking mother; toddlers tossed into cages without food, clear water, soap, toothbrushes according to Trump’s own inspector general’s reports while Trump’s billionaire GOP donors get paid $750 a day for each victim is exactly what’s happening.

President Trump justifies the caging of teens and adults in unlivable conditions as being better conditions where they come.  His campaign organizers whipped up the chants of “send them back,” and then Trump disavows the chants, then reverse as calls them patriots.

President Trump is in all truth a monster that has spent $100 million of your tax dollars playing golf and funneling Federal Tax dollar into his country clubs and his own pockets the past two years, while he turns back his paltry salary as President to show what a great man he is, Trump is a fraud.

Trump, Lying Ted Cruz, Moscow Mitch, traitors McCarthy, Graham, and AG William Barr want you to believe that anti-fascists are the enemies. Everyone who takes pride in our country’s democracy should be anti-fascist.

They want you to ignore the racism and hate rhetoric that spews out of Donald Trump, his sons, and the members of his administration like waterfalls of bile.

They want you to believe like former Senator and Trump sycophant Rick Santorum that the reason 20 people died, 26 were injured in El Paso and nine people in Ohio were killed in the second mass shooting within 24 hours in little more than 1 minute is because they “were soft targets,” they were unarmed.

Rick Santorum argues that every person able to carry guns, military-grade rifles should do so when they go shopping at their local malls, grocery stores, or dine at their local restaurants. Its insanity being spun by a Trump White Nationalist sycophant who would ignore the fact that people of color arming themselves that way would be arrested, and murdered in scores by law enforcement.

We’ve all seen the Eric Garner murder by police over his loose selling cigarettes that Trump’s Justice Department has declined to prosecute. We’ve seen the film of a black child in Cleveland being shot for playing a toy gun in a park.  This list of atrocities by a white nationalist in and out of uniform is endless. The mass shooting has become limitless.

President spews lies that none of this is happening; don’t believe the “lamestream media.” All the crimes are in Chicago, Baltimore, San Francisco, Los Angeles and is the result of Democrat leaders while he has done absolutely nothing as President to stop the violence. He accepted $30 million in help getting elected by the corrupt; National Rifle Association in 2016 to make sure that every man, woman, and child has not one but two guns by the time he leaves the office.

Honest, sincere law enforcement officers, GOP Senators, Congressmen, Governors and State Legislators who support Trump’s re-election should do so wearing a target on their backs and their foreheads as a symbol of their support for the legal sales of military-grade weapons that can kill and maim 20 people in a minute.

President Trump and his GOP sycophants are going to run against Democrats in 2020 point the finger and calling them communists, socialists, etc. Meanwhile, Trump and the GOP candidates are fascist, corporate socialists who are setting the stage…

Michael Moore, the well known and very talented film director, is right when he says the only person capable of drubbing Donald J. Trump is not currently running for President.

Moore knows as many do that only former first lady Michelle Obama has the combination of natural talent, education, experience, smarts, sincerity, energy, Christian values, fundraising ability, and basic human goodness to not only destroy Donald Trump but this insidious white nationalist GOP that is destroying our country.

Tom Steyer. Michael Bloomberg, George Soror, Oprah Winfrey, President and Mrs. George W. Bush, Governor an Mrs, Jeb Bush, former Senator Corker, Mrs. John McCain, George Clooney, Sandra Bullock, Bill Maher, and every person of conscious regardless of political party affiliation who is capable of picking up a phone should be calling Michelle Obama and plead for her to run for President of the United States and giving their unabridged support.

We all know why Michelle Obama doesn’t want to be a politician; she doesn’t want to risk her and her family’s lives running for President. Her concerns are genuine and real. She and her family was a target for eight years in office and the past two years after they, and Bo and Sonny left the White House.

Tweet, Instagram, Facebook, Youtube, blog, protest, yell from your window and rooftop, and tell everyone you know to reach out to Michael Obama and beg, implore and please with he to announce and run for President.

President Trump asserted during his inauguration speech, “This American carnage stops right here and stops right now.” As long as this White Nationalist President remains in office, and his sycophants are allowed to hold office in the United States, the carnage will intensify.