President Trump is a Cyber-Bully? Melania Enact Your “Be Best” Initiative 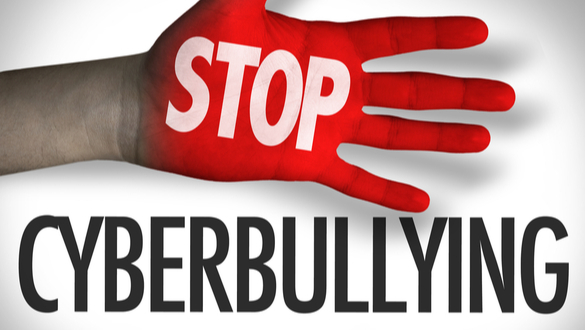 President Donald Trump went on to mock Greta Thunberg’s win on Twitter on Wednesday, calling it a “marketing gimmick.” Greta Thunberg suffers from Asperger's syndrome which puts her on the autism spectrum. What could be worse than being jealous of the accomplishments and attacking a child with disabilities?

President Donald Trump bashed 16-year-old climate activist Greta Thunberg on Thursday via Tweet, a day after Time magazine named her over him as Person of the Year. The president accused her of having an “Anger Management problem” and telling her to “chill.”

“So ridiculous,” the president tweeted in response to a tweet congratulating Thunberg on the Person of the Year honor. “Greta must work on her Anger Management problem, then go to a good old fashioned movie with a friend! Chill Greta, Chill!”

During a meeting with Time Magazine, President Trump made his case that he should be Time Magazine’s person of the year. He reportedly threw a fit when he was told that a 16-year-old climate activist was chosen from Time’s five finalists for Person of the Year.

The five finalists included Trump, who earned the recognition in 2016 and has been featured on the magazine’s cover several times. Also included was House Speaker Nancy Pelosi (D-Calif.), anti-government protesters in Hong Kong, and the anonymous whistleblower whose complaint about Trump prompted the impeachment probe.

Both the inclusion of Speaker Pelosi and the whistleblower were found by Trump to be especially insulting. After tweeting his attack on 16-year-old Greta Thunberg, her Twitter bio was updated to read…

“A teenager working on her anger management problem. Currently chilling and watching a good old fashioned movie with a friend.”

Following Thunberg’s impassioned speech about the climate change crisis at the United Nations this past September, Trump mocked her on Twitter, sarcastically writing that she seemed...

“like a very happy young girl looking forward to a bright and wonderful future.”

The President has a steady pattern of attacking his critics on Twitter. His attack on a disabled child at the same time, his wife, first lady Melania Trump, leads an initiative called “Be Best” meant to curb cyberbullying and promote kindness, which amounts to being a vile and cruel bully. However, when the first lady spokesperson was queried for a respond for comment by several news agencies, they were ignored.

It’s only fair to ask if President Trump is sane? Who in their right mind attacks a teenager who has not attacked him but his policies, especially when the teenager has autism and Asperger’s syndrome?