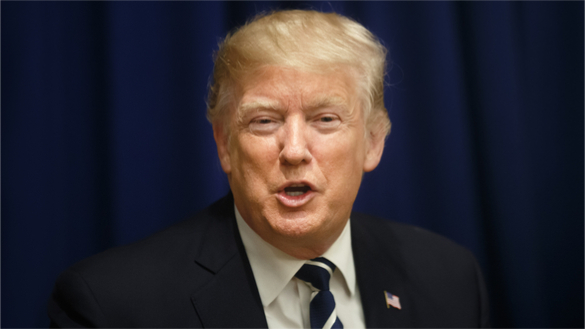 News of President Trump’s floating the idea of a French withdrawal from the European Economic Union (EU) to France’ Prime Minister Macron the past few days was shocking enough.

Now Trump is floating the idea of withdrawing from both the World Trade Organization (WTO) and from the North Atlantic Treaty Organization (NATO) just as he prepares to meet with Russian President Vladimir Putin is redefining both what it means to be a Republican and has many rethinking the political and economic landscape.

This potential stunning shift has key members of Trump’s Administration apoplectic, much like they have been since the fall out of the President’s zero tolerance policy.

Treasury Secretary Steven Mnuchin pushed back upon hearing the news report that President Donald Trump is discussing a withdrawal from the World Trade Organization, calling it "an exaggeration."

"He has concerns about the WTO. He thinks there are aspects of it that aren’t fair," Mnuchin said during an interview on Fox Business Networks’ "Mornings with Maria" show. In addition, he said it’s "not breaking news."

Yet, that’s not what Trump has repeatedly told top White House officials. Trump wants to withdraw from the trade organization, which he said isn’t always fair to the U.S., according to a recent story published by Axios.

Meanwhile White House adviser Kellyanne Conway has said Trump has pointed to the WTO as one of several international organizations the U.S. should revisit in terms of its membership. In a FOX Business interview Conway said …

"The president has made it very clear that he thinks that people who are members of a group like NATO should pay their fair share.”

“I think the World Trade Organization is another group that he’s said we should take a look at. I’ll leave any announcements to him."

“We have not heard anyone express this to us at any level of the U.S. government,” WTO spokesman Keith Rockwell said in a telephone interview. “We won’t speculate on anything we don’t know anything about.”

"America first doesn’t mean America alone,” Conway said, but it "also means that we stop paying the bill for a lot of other people and participating in things that may not be in our best interests."

The WTO, which oversees international trade between member nations, is designed to help producers of goods and services conduct business. It serves as a forum for negotiating trade deals as well as settling disputes. The collective counts 164 member nations, according to its website.

In May President Trump threatened, through a senior White House official, to leave NATO if member states do not follow through with pledges to increase their annual contributions to the Alliance.

Now that we have seen how easily Trump gave concessions to North Korean dictator Kim Jung IL many experts are concerned that he is capable without consulting Congress to not give unilateral sanctions relief to Russia when he meets with Putin in July, but could affirm Crimea is now a legitimate part of Russia and that the United States intends to withdraw from NATO.

We at WallStreetRebel.com like many are trying to reconcile these shifts in policy with the fact that Republicans are polling at 88% in support for this President, despite the fact that he is pursing polices that are the antithesis of what the Republican Party has expressed were their core beliefs. President Regan must be spinning in his grave.

Before you discount the possibility of Trump climbing into bed with Putin, another authoritarian dictator, consider the fact that he’s already done this with North Korea’s maniacal dictator.  In addition, since when was it Republican policy to add $1.3 to $1.5 Trillion to the Federal Debt? Has hell frozen over?