President Trump Driving The U.S. Stock Market Off A Cliff Is A Real Possibility 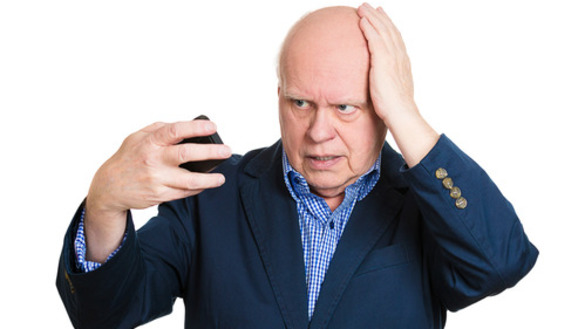 The Risk of President Trump driving the U.S. Stock Market off a cliff just a few months before the November mid-term elections is starting to look -- all too real!

Trump's threat to walk away from NAFTA and threats to wage trade wars against China, South Korea, Mexico and Canada is unhinging the US and the world stock markets as of 2:06 pm EST.

The President's decision to govern by whim and gut, and his gutting the U.S. State Department is setting the stage for a GOP Nightmare. Viewing his battle against Special Council Mueller's Russian probe as an increasing threat to the longevity of his presidency it now clearly views his attacks on the media like the Washington Post and its owner Amazon's Jeff Bezos destruction more important that investors nest eggs.

Based on the market action that has taken place since the Dow Jones reached a new all time high of 26,616 just days after Trump's first year in office anniversary - his attacks on his perceived enemies has knocked as much as a 13% off the market and has started to devalue the U.S. Dollar. Unfortunately, this may be just the beginning of the carnage that will wipe a few trillion dollars or more from investors IRA and 401K retirement accounts. Which legitimately may lead to a 60 seat loss in the House of Representatives and a loss of 5 seats in the U.S. Senate. Yet, GOP leader ship is oblivious at this point to the economic disruption still listening to President Trump's boasts of how he has brought the most prosperous economy "ever"!

Oxford Economics, a global consulting firm associated with the English university, published the report a week before the sixth round of talks on NAFTA, the trade agreement between the United States, Mexico and Canada and came to the conclusion that the United States would lose 300,000 jobs initially -- which represents a setback of about two months of current U.S. job growth.

But the danger is much greater than those initial six figure number job losses.

The fact remains approximately 14 million American jobs depend on trade with Mexico and Canada, according to the U.S. Chamber of Commerce. Any interruption in trade could trigger a heinous recession.

Ending the deal would hurt American manufacturers. For consumers, backing out might mean price increases on everything from cars to fruits and vegetables. U.S. 99% of Tax payers will lose any benefit they received as income hikes from the Trump/GOP tax cuts. All of this will come together to end the Bull Market handed over by Barrack Obama to President Trump on inauguration day 2016.

On top of all the reports of graft and financial abuse by members of Trump's cabinet that are adding to the President's increasingly unhinged behavior. Almost every member of his administration rumored to be leaving has despite repeated denials eventually left.

The President's denials of considering the firing of Attorney General Jeff Sessions as a way to being able to fire Special Prosecutor Mueller cannot be believed based on his record so far.

Firing Mueller in response to ...