President Trump Being Pushed For A Truce in China Trade War 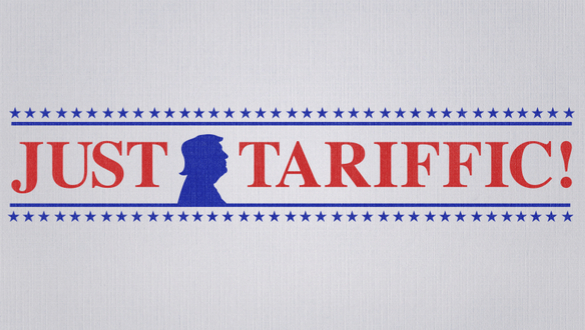 Desperate for some good news, will President Trump at least hold-off from hiking tariffs on Chinese imports from 10% to 25% or will allow his trade war with China escalate.

It’s been a horrible few weeks politically for President Trump…

·        The GOP ended up losing 40 seats in the House of Representatives the worst loss since the post-Watergate election in 1974.

·        His administration tear-gassed women and children at the U.S Mexico border.

·        GM announced its closing manufacturing plants in the United States, cutting 17,500 jobs and moving plants to Mexico thanks to the GOP tax cut legislation which was supposed to do the opposite.

·        His former corporate and personal lawyer fixer Michael Cohen’s elocution admitting he perjured himself before Congress in open court showed Trump lied during the 2016 election. Cohen’s admission of guilt also exposed Donald Trump Jr. and Ivanka Trump to being charged with perjury.

Tamping down his trade war with China might be the only thing Trump can do to turn down some of the intense heat he’s getting from GOP constituent farmers, manufacturers, and importers that are increasingly facing financial peril and bankruptcy. These constituents are increasingly concerned about China just moving its supply chains permanently from the United States to other countries.

Reports indicate that the free traders among Trump’s White House advisors including Larry Kudlow are begging him to at the very least work out a truce with President Xi tomorrow over dinner in Buenos Aires, Argentina following the G20 events on Saturday.  They want to de-escalate the situation.

Kudlow and others realizing the danger of allowing Trump’s trade wars continue unabated, no doubt wants a truce and wants to see Trump work a deal with China as quickly as possible to ensure the U.S. and Global Economy don’t start to melt down.

President Trump, on the other hand, has been focused on the advice of his administration China hawks including Peter Navarro who believes the current trade war will bring the Chinese economy so much damaged that President Xi will capitulate to all of President Trump’s demands.

Kudlow and the rest of the free traders given the tremendous influence that Navarro and the other China hawks have on Trump are trying to at least come away from the G20 with a freeze on tariffs so the two countries can continue to try to negotiate the dispute. They’re pointing to the last 2+ months where the Chinese wouldn’t even talk and are telling President Trump that they finally responded to overtures and showed up with a thoughtful proposal to settle the two countries trade differences even if they weren’t everything President Trump wants. They are worried that if Trump doesn’t seize the chance to slow down the escalating tariffs and give time for negotiation; China will walk away from negotiations. The response from Wall Street could be a nose-dive of another 1000-1500 points next week if Trump sides with Navarro and the rest of his Chinese hawks in the White House.