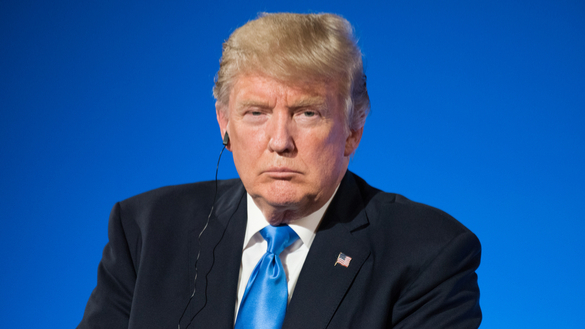 It’s bad enough President Trump, and the first lady released a statement on the passing of POTUS 41that was written by his staff. Trump’s refusal to express regret for his attacks on President George H.W. Bush and or his family shows Trump has no class.

Sadly when asked on camera in Argentina earlier today by reporters if he regretted his many attacks on the Bush family following the passing of former President George H.W. Bush, President Trump ignored the questions dismissing them with a …

"Thank you very much, everybody."

His inability to look or sound like a statesman in these situations is tied to his reputation and the lifelong practice of never expressing remorse or regret for anything he’s ever done wrong.

Meanwhile, Trump faces at least two more years of Congressional, Federal and State investigations that will continue to parade his, his Administrations and his family’s lies, collusion, criminality, and treason. Much of this wrong doing will be seen live on TV as the Democrats in the house take control in January.

President Trump’s threats, in recent days, to release national security secrets that will embarrass Democrats if they choose to investigate him, aren’t going to stop them. They’re all too aware of his penchant for empty threats.