President Acts as Backlog in Supply Chain Affects US Ports 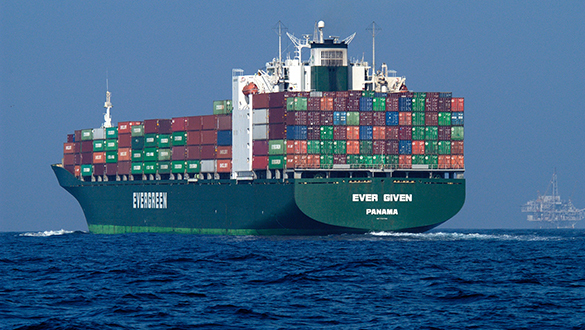 President Biden addressed the supply chain bottlenecks and the measures his government is taking to alleviate product shortages and a spike in costs for consumers in his address to the nation.

Manufacturers, suppliers, and retailers have been struggling for months to keep up with the rapid recovery in demand spurred by extraordinary government assistance and highly effective coronavirus vaccinations since the outbreak of COVID-19.

According to Labor Department statistics published on Wednesday, prices for consumer goods and services increased by 0.4 percent in September and by 5.4 percent over the previous 12 months.

On Wednesday, President Biden vowed to call out companies who fail to address global supply chain bottlenecks. He encouraged the entire private sector to join him in doing so.

"I want to make very clear: this is an all-encompassing commitment to being available 24/7.

As Vice President Joe Biden said, "This is a significant first step toward increasing the speed with which materials and products move through our supply chain, but we must now call for more action from the rest of the private sector."

Before delivering his comments, he visited with various stakeholders, including representatives from businesses, labor unions, and trade organizations.

"All of these items are not going to move on their own.

"In order for the beneficial effect to be felt across the nation and by all of you at home, we need the big retailers who ordered the products, as well as the freight movers who transport the items from ships to factories and shops, to step up as well," Biden stated in his speech.

He pointed out that Target, Home Depot, and Samsung have all committed to increasing their hours of operation.

The Port of Long Beach began offering 24-hour service only a few weeks ago.

When it comes to boosting the flow of products, "the night hours are important because the roads, the highways are less congested in the evening and at night," he said.

The president expressed gratitude to the private businesses that are standing up to the plate.

"However, I would want to express my gratitude to labor," he added.

As he began his comments, Biden said, "I know you hear a lot about something called supply chains and how difficult it is for a variety of goods, from a toaster to shoes to bicycles to bedroom furniture, to get a hold of them."

"With the holidays approaching, you may be concerned about whether or not the presents you had intended to purchase would arrive on time," he added.

After his comments, the president did not respond to inquiries from the press regarding ensuring delivery timeframes for Christmas gifts; however, White House press secretary Jen Psaki had been questioned about the subject earlier in the day by reporters.

Because of a number of problems in the worldwide supply chain, Psaki said that "we can't overpromise here" and that "I'm not going to do that from here."

Answering the question of whether or not President Barack Obama's administration can ensure that Christmas packages would arrive on time, Psaki said that "we are not the Postal Service, UPS, or FedEx, and we cannot guarantee."

During his comments on Wednesday, the president praised his infrastructure programs, which include a bipartisan infrastructure plan and the Democrats' comprehensive infrastructure package, both of which are now being worked on by Democratic leadership.

It contains "billions of dollars for ports," he added, adding, "and it will completely change" ports, roads, and train lines that "sorely require updating."

"In order to remain internationally competitive, we must enhance our ability to manufacture goods in the United States while also transporting completed goods across the country and the globe," he added.

"We need to think large and daring in order to succeed.  With my infrastructure bill and the Build Back Better Act, I'm urging Congress to make a once-in-a-generation investment in our nation's infrastructure and people."