Prescription Drug Pricing Reform Measure Essential for US and Democrats 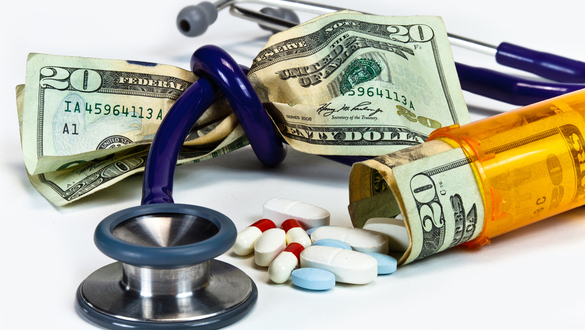 Sen. Joe Manchin of West Virginia was involved in the negotiations for the drug pricing plan. The Republican party has not wavered in its continued opposition to pushing a reform package.

On Wednesday, leading Democrats in the Senate unveiled a revised plan to reduce the cost of prescription medications, marking an important step forward in their effort to revive President Biden's stalled social safety net, climate, and tax bill.

The majority of the negotiations regarding the drug pricing idea took place between Democratic Party leaders and Senator Joe Manchin III of West Virginia, a Democrat with a tendency toward conservatism who abruptly walked away from talks regarding Mr. Biden's flagship domestic policy package in December.

It was released this week to overcome Republican resistance to a more modest tax and climate spending package that the Democrats hope to pass the Senate on as soon as this month.

The plan to reduce spending on prescription drugs is expected to generate significant savings for the federal government over the next few years, which would help cover the cost.

They announced the proposal this week to clear the way for a scaled-down tax and climate spending package that they hope to push through the Senate as soon as this month despite resistance from Republicans. The plan was released in an effort to smooth the way for the package.

The prescription drug proposal, anticipated to save the federal government tens of billions of dollars over the next few years, would contribute some of the funds necessary to pay for it.

The new idea would give Medicare the authority to directly regulate the prices of prescription medications for the first time.

A draft was released on Wednesday that, if passed, would limit annual price increases for prescription drugs, expand access to free immunizations, and set an annual ceiling of $2,000 for those on Medicare's Part D plan's out-of-pocket costs for prescription medications.

It would also limit how much Medicare beneficiaries would have to pay for their prescription medicines.

Regarding reviving elements of Mr. Biden's multi-trillion-dollar proposal, its release was the most significant development in recent months. It was the culmination of a laborious series of behind-closed-doors discussions in which prominent Democrats attempted to satisfy the wishes of Mr. Manchin and other centrists in the Senate. The dissemination of this research represented a significant step in the direction of resurrecting part of Mr. Biden's multi-trillion dollar proposal.

It is anticipated that Republicans will be united in their opposition; therefore, it will require the backing of each Democrat to advance in the Senate, which is now evenly divided, by the special budget rules that could protect it from being filibustered.

According to Senator Chuck Schumer, a vote on such a bill may take place as soon as the end of this month. He is a Democrat from New York and the leader of the majority in the Senate.

A number of Democrats' staffers and politicians continue to express doubt that the party can unite behind a single platform with less than half a year until the midterm elections and ongoing concerns about the impact of increasing prices.

This request aims to initiate the process of removing procedural obstacles and to pave the path for prompt action in the event that a more comprehensive agreement may be achieved.

Because Democrats intend to employ the expedited budget procedure known as reconciliation, the legislation in question must adhere to the stringent constraints enforced by the Senate's top rules officer.

The proposal to regulate medication prices was a central tenet of the Build Back Better Act, which was Mr. Biden's major $2.2 trillion policy initiative that incorporated a significant portion of his domestic agenda.

It passed the House in November with solely Democratic votes, but it ran into trouble a month later when Mr. Manchin stated that he could not support such a vast and expensive program at a time when inflation was rising.

Mr. Manchin has stated on multiple occasions that any proposed legislation must prioritize the reduction of the national debt, the reduction of the costs of prescription pharmaceuticals, and the repeal of portions of the tax bill that Republicans rammed through Congress in 2017.

Voters continue to rank bringing down the exorbitant cost of prescription medications as their #1 priority, and Democrats have been campaigning on this promise for years without any success.

Because the program cannot bargain directly with drugmakers and expects beneficiaries to pay a portion of the cost of expensive pharmaceuticals with no cap, the existing Medicare drug benefit puts many patients at risk of paying excessively high prices for their medication.

Some elderly patients taking pricey medications for diseases such as cancer and autoimmune disorders spend $15,000 or more per year on medical treatment.

In the past few weeks, Mr. Manchin and Mr. Schumer have had multiple meetings to work out the particulars of a potential agreement, the value of which is anticipated to be somewhere around $1 trillion.

The tax component must also secure the support of Senator Kyrsten Sinema of Arizona, a centrist Democrat who has rejected her party's efforts to change the tax code in order to pay for a comprehensive safety-net package. Sinema's vote will be crucial to the success of the tax component.

In the following days, it is anticipated that discussions will continue to revolve around the remaining parts of the puzzle.

Many of the Democratic Party's ideas to increase support for families and children have already been postponed to reduce the total cost of the legislation and win Mr. Manchin's support. This was done to keep the bill's overall cost as low as possible.

They are also attempting to incorporate an extension of the Affordable Care Act subsidies, which were expanded under the pandemic relief package passed the previous year and had a price tag of $1.9 trillion.

These will be null and void at the close of the current year.

The medicine package that was presented on Wednesday is, in many respects, comparable to drug measures that were discussed during past rounds of negotiations.

However, it does reflect some of the conversations that took place between the two:

It now provides financial assistance to more senior citizens with modest incomes by reducing their Medicare drug benefit premiums, deductibles, and other expenditures.

According to the summary, the proposed legislation would raise the maximum amount of these subsidies to 150 percent of the federal poverty threshold, equivalent to almost $20,000 annually.

In addition to this, it would necessitate the Department of Health and Human Services (HHS) to negotiate reduced costs for Medicare on certain prescription medications.

Previous legislation did not make it mandatory, but it did give the department the authority to do so. Democrats were concerned that a future Republican health secretary might choose not to do so.

Some aspects of the original drug bill were also removed, including one that would have placed a limit on the amount of money individuals in the United States would be responsible for paying out of pocket each month for insulin.

However, a vote on a second bipartisan insulin bill led by Senators Susan Collins of Maine (a Republican) and Jeanne Shaheen of New Hampshire (a Democrat) is likely in the Senate in the following weeks. However, it is uncertain whether it will get enough support from Republicans.

Debra DeShong, the executive vice president of public affairs at the drug trade group PhRMA, has voiced her displeasure with the proposal. She pointed out that some technical adjustments could cost Medicare recipients more money than they would have paid under earlier iterations of the bill.

Efforts to restrict prices have been met with resistance from the industry for a long time. As Mr. Biden's popularity continues to fall and Democrats fear losing control of Congress, the sense of urgency that surrounds the total package has risen.

The decision made by the Supreme Court last week to restrict the power of the Environmental Protection Agency to handle carbon emissions has also increased the urgency among Democrats to adopt legislation that would reduce the adverse effects of climate change. The current proposal could contain as much as $300 billion in tax incentives for renewable energy, which were initially passed by the House in November and are currently up for review.

Senator Tina Smith, a Democrat from Minnesota, stated that "we do not have the help of a single Republican" to be able to go forward with lowering the prices of prescription drugs, growing our capacity around clean power, and tackling the catastrophe caused by climate change.

The Republican party has not wavered in its opposition to the proposed domestic policy package.

After expressing their approval of Mr. Manchin's decision to withdraw from conversations in December, some Republicans have expressed concern that the West Virginia senator has just restarted dialogue with Mr. Schumer.

On Thursday, the minority leader in the Senate, Senator Mitch McConnell of Kentucky, threatened that if Democrats insisted on rescuing the climate spending and tax package, the Republican Party would abandon the manufacturing and technology bill, which has the support of both Democrats and Republicans.

On Tuesday, Mr. McConnell delivered a speech criticizing the measure and warning, "If they bring that back, it would only make all of this substantially worse." The address was delivered to the Paducah Area Chamber of Commerce in Kentucky.