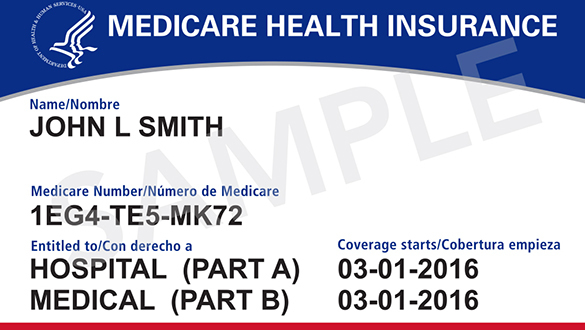 If you’re 60 or older, the proposed reduction of the Medicare age eligibility could mean thousands in annual health savings. It could also help millions in just the next 4 years afford healthcare coverage.

According to the buzz in the halls of Congress, President Joe Biden and Democrats are seriously considering throwing another wildly popular idea out to help older American’s qualify for Medicare at an earlier age. Like the $1.9 Biden stimulus plan passed in March and his proposed $2.5 “America Jobs Plan,” the idea of dropping the Medicare eligibility age for the first time in the program’s 55-year history from 65 to 60 will get an enormous amount of support; including from Republican voters.

Since its inception in 1966, Medicare has to qualify for Medicare; you had to be at least 65. The proposal is gaining steam and is more than just buzz. Sensing the public will applaud the proposal of lowering the qualifying age to 60, especially after Biden’s math signing his $1.9 trillion relief bill that included the first major expansion of the Affordable Care Act (ACA), better known as Obamacare since it became law in 2010.

Prominent Democrats are now encouraging him to include the Medicare measure in his next proposed spending bill, a follow-up to the recently announced infrastructure spending package that should be announced sometime in April.

This proposal has Sen. Bernie Sanders, a longtime proponent of “Medicare for All,” said recently.

“There are many millions of seniors who would be very, very grateful if we did that right now,”

Sanders would like to see Biden push it even further by adding dental care, hearing aids and eyeglasses to Medicare coverage and will likely get his wish. Expanding Medicare to people 60 or even to those 55 and older would be a step towards Sander’s want to make the program available to every American.

Lowering the threshold age could mean enormous savings for millions of Americans and better healthcare. Expanding the benefits by adding dental care and other necessities could undercut Republicans’ hopes to make gains in the 2022 or 2024 election.

According to the Kaiser Family Foundation, a 60-year-old person with an annual income of $51,000 would have to pay a premium of $4,420 a year for a silver health plan on the Obamacare exchanges, according

And this already includes the recent increases in ACA subsidies, which Biden had in his COVID relief package.

Assuming the eligibility age for Medicare drops to 60, the $4,420 annual expense for insurance for these people would plummet or even disappear depending on the person’s care requirements. This is not only a winning political issue but also has lifesaving implications for millions of people in their golden years.

Consider a recent Stanford University study that found diagnoses of certain cancers are disproportionately higher among people 65 and older than those 64 and younger. The study’s authors also concluded that …

“that many people are delaying their care for financial reasons until they get health insurance through Medicare.”

In short, people are literally risking their lives and dying waiting for Medicare eligibility.

Recent polling indicates politicians that fight this Medicare expansion face political suicide, with 85% of Democrats and 69% of Republicans in favor of lowering the Medicare age to as young as 50, much less 60, according to a 2019 Kaiser Family Foundation poll.