Prediction: The Johnson & Johnson Vaccine Will Never Be Used Again 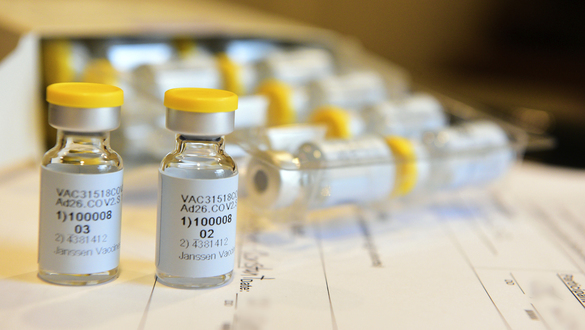 After discussing with multiple doctors and clients, I decided that I did not want to go the mRNA route that Pfizer (PFE) and Moderna (MRNA) went in their vaccine production. Again why? The "m" in mRNA stands for messenger as the mRNA delivers a message to the internals of the cell.  Simply, the mRNA dumps data directly into the cell and then the cell produces the protein to fight Covid. The mRNA approach does not have enough data to satisfy the experts and that was/is good enough for me.

Whereas the Janssen vaccine is a viral vector vaccine which means that among other things there is no impact on your DNA. mRNA may work and become the new standard but it was and is unproven, just not enough data. If it truly works and looks like it will, then mRNA vaccines may be able to fight cancer. Imagine getting a vaccine to fight lung cancer as an example.

Johnson & Johnson and the media are telling us that  the FDA has halted the Janssen vaccine today becasue of risks of blood clotting. Six women aged 16 to 48 were found to develop clots, one is dead and one is in critical care. This is the story that the media is leading with as the reason for pulling the vaccine. I do not believe it is the real reason for pulling the vaccine.

The real reason for pulling the vaccine is that it is causing too many issues. Back to last Thursday, as I pulled into the Alliant Center in Madison, Wisconsin I heard that Colorado had closed all Janssen vaccinations due to adverse reactions. Ditto North Carolina later in the day. Then on Friday a North Georgia facility closed its locations as many were getting sick from the vaccine on the spot. Similar results in Iowa.

Yet, I believed in Johnson & Johnson and proceeded to get the vaccine.Johnson & Johnson is the gold standard I thought and they would not cut any corners. My result? Shot went fine. Arm hurt 5 minutes later unlike any other shot and then 15 minutes later the pain was 100% gone. That night, Thursday, I lost energy and went to sleep early at 7:30 p.m. CDT. My family laughed at me and called me a "Drama King". Then at midnight I woke up drenched. Changed shirts and went back to sleep.

Friday I felt okay (7 out of 10) and then went to work. Saturday was an 8 out of 10. Sunday I fell apart. Working in my office I was suddenly dizzy. Then had Vertigo when I stood. Soon after could not concentrate. This went on for a couple hours. It was so bad I told my wife that I might need to go the ER! Finally, I laid down and and one hour later felt better. Since then I have been improving each day, so I think.

I have heard similar stories from friends that got the vaccine. I told them I was close to going to the Emergency Room and they agreed. One thing I did not mention was that when I drove out of the vaccination center at Alliant I had to wait 15 minutes. The first thing I saw was an ambulance next to a car and then attendants working on the driver. I thought, "crap" but then everything seemed fine.

Now I wonder if I am going to get any clotting. I am starting Day 6. We will see. Each night I will pray for the 6.8 million vaccinated by this vaccine as we do not know what lies ahead.

I have a feeling the real story is this vaccine was rolled out to early and has too many side effects and will be pulled. The contract manufacturer Emergent BioSolutions (EBS) for the Janssen vaccine has had safety issues before in 2020 and prior years and recently had a batch of Janssen fail the quality test so it was tossed. This company has had fines before and it may have more ahead.

This is an evolving story but the issues that are not related to clotting may be the real story. Time will tell.

P.S. James shorted Emergent BioSolutions (EBS) in our World Opportunity Investor newsletter. So make sure to get his take on this story as well.