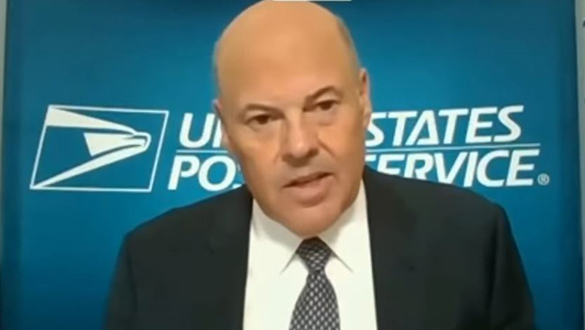 One of the highest-profile Trump appointees, the Postmaster-General, has retained his position even after President Biden was sworn in as the 46th President of the United States. It appears from press reports that the FBI is investigating DeJoy in connection with campaign fundraising activity involving his former business.

According to people familiar with the FBI investigation and a spokesman for DeJoy, FBI agents in recent weeks have been interviewing current and former employees of DeJoy and his business, asking questions about political contributions and other company activities. The ongoing investigation has also been confirmed by the verification of a subpoena served to DeJoy for information.

So far, sources contributing to the story remained unnamed and anonymous at their request because they describe an ongoing and politically sensitive investigation.

However, Mark Corallo, a DeJoy spokesman, has confirmed the investigation in a statement but insisted DeJoy had not knowingly violated any laws…

“Mr. DeJoy had learned that the Department of Justice is investigating campaign contributions made by employees who worked for him when he was in the private sector.”

Corallo went on to say…

“He (DeJoy) has always been scrupulous in his adherence to the campaign contribution laws and has never knowingly violated them.”

The FBI investigation likely signals the U.S. Postmaster that DeJoy is facing impending legal peril — though he has not been charged with any crimes as of yet and has previously insisted he and his company followed the law in their campaign fundraising activity.

Meanwhile, a spokesperson for the FBI and Justice Department declined to comment. A spokesman for the Postal Service did not immediately respond to a request for comment.

DeJoy was appointed to run the Postal Service by its board of governors last May at the request of the Trump administration — has been dogged by controversy for almost his entire time in office. After starting the job, he imposed cost-cutting moves that led to a reduction in overtime and limits on mail trips that mail carriers blamed for creating mail backlogs across the country. Many Democrats and independent observers complained that the prominent GOP fundraiser, who personally gave more than $1.1 million to the joint fundraising vehicle of President Donald Trump’s reelection campaign and the Republican Party, of trying to undermine his own organization to block millions of mail-in ballots to ensure that the former President won reelection.

During a congressional hearing last year, Postmaster DeJoy disputed he was trying to affect the vote…

“I am not engaged in sabotaging the election,”

“We will do everything in our power and structure to deliver the ballots on time.”

The FBI investigation underway comes months after the Washington Post published an extensive examination of how employees at DeJoy’s former company, North Carolina-based New Breed Logistics, alleged they were pressured by DeJoy or his aides to attend political fundraisers or make contributions to Republican candidates, and they were paid back through bonuses.

These types of reimbursements could run violate both state or federal laws, which prohibit “straw-donor” schemes meant to allow wealthy donors to evade individual contribution limits and obscure the source of a candidate’s money. In April, though, Wake County, N.C., District Attorney Lorrin Freeman (D) said that she would not pursue an investigation of DeJoy and that the matter was better left to federal authorities.

DeJoy has adamantly disputed that he broke the law. Asked at a hearing in August by Rep. Jim Cooper (D-Tenn.) if he had repaid executives for making donations to the Trump campaign, DeJoy responded: “That’s an outrageous claim, sir, and I resent it. . . . The answer is no.” Yet now, there must be enough evidence to the contrary to have triggered the FBI investigation underway. This means if DeJoy’s denial is proven to be a lie, he could face charges that he lied under oath to Congress, an entirely new legal nightmare.

“Fully cooperated with and answered the questions posed by Congress regarding these matters.”

“The same is true of the Postal Service Inspector General’s inquiry which after a thorough investigation gave Mr. DeJoy a clean bill of health on his disclosure and divestment issues,” Corallo said. “He expects nothing less in this latest matter, and he intends to work with DOJ toward swiftly resolving it.”

However, five people who worked for New Breed Logistics DeJoy’s business have told The Washington Post that they were urged by DeJoy’s aides or by DeJoy himself to write checks and attend fundraisers at his mansion. Two of these employees said DeJoy would then instruct that bonus payments be boosted to help defray the cost of their contributions.

According to The Washington Post’s analysis of federal and state campaign finance records found a pattern of extensive donations by New Breed employees to Republican candidates, with the same amount often given by multiple people on the same day. In fact, The Post found between 2000 and 2014, 124 individuals who worked for the company together gave more than $1 million to federal and state GOP candidates. Many had not previously made political donations.

One former employee, speaking on the condition of anonymity, told The Washington Post last year.

“He would ask employees to make contributions at the same time that he would say, ‘I’ll get it back to you down the road,’ ”

According to an article written by Washington Post Reporter Monty Hagler, a DeJoy spokesman said DeJoy was not aware that any employees had felt pressured to make donations and “believes that he has always followed campaign fundraising laws and regulations.”

Hagler went on to say DeJoy…

“Sought and received legal advice” from a former general counsel for the Federal Election Commission “to ensure that he, New Breed Logistics and any person affiliated with New Breed fully complied with any and all laws.”

One obvious problem with the FBI investigation is that federal law banning straw-donor schemes has a five-year statute of limitations. This could make it impossible to press a criminal case against the postmaster since the former employees who spoke to The Washington Post last year described donations they gave between 2003 and 2014, the year when New Breed was acquired by a Connecticut-based company called XPO Logistics.

“Between 2015 and 2018, the group alleged, campaign finance records showed “several instances of XPO employees contributing to the same candidate or committee, during the same period of time, and often in similar amounts,” and that “DeJoy family members, including DeJoy’s college-aged children, also made contributions on the same day or in the same period as those employees.”

“Between 2015 and 2018, XPO Logistics employees and DeJoy family members following this pattern together gave over $150,000 to the same candidates and committees, including over $50,000 to Trump Victory, President Donald Trump’s joint fundraising committee,” the group alleged.

“As a company, XPO stays out of politics,” said Joe Checkler, an XPO spokesman. “Our employees have the same right as anyone to support candidates of their choosing in their free time. Whenever our employees support political candidates, they are expected to strictly follow all applicable laws.”