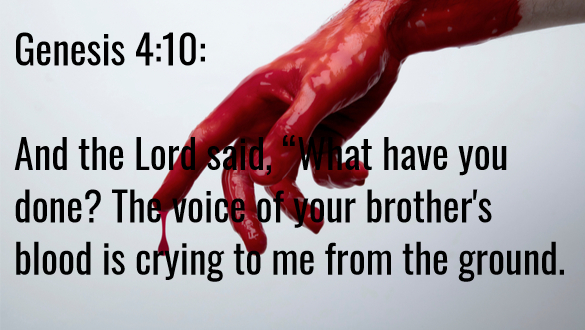 A series of new firearm laws go into effect in Texas today, just hours after a mass shooting in Texas left seven people dead in the state.

Texas Republican politicians way of a deal with mass shootings is placing more guns in everyday society. The state’s GOP Governor signed laws that go in effect today that reduce gun restrictions in the State of Texas that has had four of the ten deadliest mass shootings in modern U.S. history.

In the wake of last month’s El Paso slaughter when a gunman stormed a Walmart and killed 22 people. These new Texas laws passed during the 2019 legislative session that ended in June…

The Texas GOP wants more weapons on school grounds, and will achieve that by  passing House Bill 1143 that makes it impossible for a school district to prohibit licensed gun owners, including school employees, from storing a firearm or ammunition in a locked vehicle on a school parking lot as long as they are not in plain view.

"Many states took the opportunity in the last two years to learn lessons from the tragedies in Las Vegas, Sutherland Springs, Parkland, and the everyday gun violence that plagues our citizens, and enacted new laws to protect public safety through expanded background checks and extreme risk laws,"

"Texas lawmakers, instead ... doubled down on an NRA led agenda to encourage guns everywhere, no matter the risks and costs to safety."

House Bill 138 allows schools to increase the number of armed school marshals a school district they can appoint.

‘We have learned many times over that there is no such thing as a gun-free zone. Those with evil intentions will violate the law and carry out their heinous acts no matter what,’

‘It makes no sense to disarm the good guys and leave law-abiding citizens defenseless where violent offenders break the law to do great harm.’

‘This bill provides clarity of the Legislature's intent to treat churches in the same manner as other privately owned establishments in Texas.’

Republican State Senator Donna Campbell’s new co-sponsored law that went in effect today makes it, in other words, completely legal in Texas for a mass killer freely walk into a Wal-Mart, a restaurant, a movie theater, a church or virtually any other public place with a loaded automatic AR-15 without being stopped.

After that mass murderer kills 12, 22, 26, or even 100 people then, of course, law enforcement and civic-minded people who armed are welcome to risk their lives to capture or murderer the shooter.

The insanity of allowing weapons of war on the streets of America runs through every GOP/NRA controlled state capital, Mitch McConnell’s U.S. Senate and Donald Trump’s White House.

Senator Campbell’s argument that more guns provide more protection is the insanity of a gun industry represented by the NRA who wants to sell millions of firearms a year. One can only think if she should find her self in the middle of the next mass shooting staged by a legal gun owner that decided on that day he needs to kill as many people as possible; would she consider more guns are not the answer.

“This is fucked up” says Presidential candidate Beto O’Rourke being interviewed on CNN’s State of the Union Sunday.

Shit head President Trump, of course, is too mentally addled to recognize that most of these mass murderers are those who only become homicidal after they commit their slaughter. The sad thing is about Trump is he is so sociopathic and narcissistic. Even if all of his grandchildren and youngest child were murdered in a mass shooting he would take a call for Wayne Robert LaPierre, Jr. the Chief Executive and Executive Vice President of the National Rifle Association a day or two after the slaughter and would agree more guns are the solution to this epidemic.

At least we have Vice President Pence protecting the bible and praying for the slaughtered. After all what are we to expect from a Vice President and President of the United States that are both pathological liars, homophobic, racist, child tortures and murders’ who are applauding the burning of the Amazon?

How many mass shootings, slaughters will it take to change the hearts of those ruby red voters who are losing the businesses, their farms to this insane trade wars, don’t have the labor on hand to work for them to recognize the toxicity of the Republic Party?

I lay the deaths and injuries of every mass shooting victim at the feet of Republican voters.  The Trump supporters who recognize that universal background checks, red flag laws and even the possession of weapons of war should be made illegal but because they want a fucking wall to keep the immigrants out, they remain behind their GOP State, Federal Representatives, Senators and this disgusting mentally ill and incompetent President.

Genesis 4:10: And the Lord said, “What have you done? The voice of your brother's blood is crying to me from the ground.