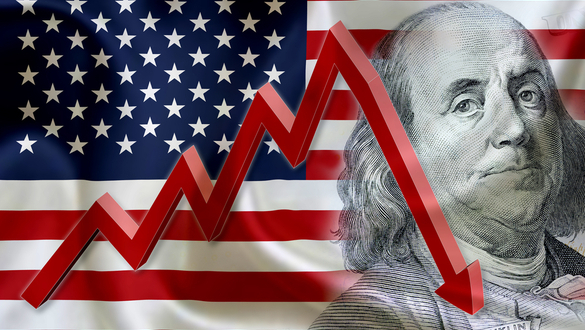 Stocks in Europe were down significantly, while the S&P 500 was down in early trade. Energy markets became tighter, and shares on Moscow's stock exchange plummeted.

Russian President Vladimir Putin began an invasion of Ukraine, sparking worries of a broader economic disaster. The price of oil skyrocketed beyond $105 a barrel, European natural gas contracts increased by 50%, and global financial markets collapsed as a result.

Wall Street followed in the footsteps of the European and Asian stock markets by seeing a significant loss early in the day before recovering after the initial fear subsided. By lunchtime, the S&P 500 had fallen by almost 1%.

The rapid and widespread effect on financial and commodities markets was seen first and foremost in Asia, where the Hang Seng index in Hong Kong fell 3.2 percent. According to Bloomberg, the DAX index in Germany sank about 4%, while equities in Moscow plummeted by 33%, with the key benchmark down 33%, and the ruble plunged to a new low against the dollar.

Further involvement in the conflict threatens to destabilize the already weak stock market and raises the possibility of runaway inflation, raising serious concerns for the Federal Reserve and other central banks. According to Capital Economics, further stock market drops are not out of the question if Russian hostilities continue to scare investors, which held a conference call with clients on Thursday.

According to Neal Shearing, chief economist at Capital Economics, "there's a lot less opportunity for them to really ease currently given how tight labor markets are and how severe an issue inflation is."

According to Capital Economics, steep increases in the price of oil and natural gas, as well as metals such as nickel, aluminum, and palladium, and agricultural staples such as wheat and sunflower oil, are likely to spill over into the real economy and raise inflation levels in Europe and the United States by as much as 1.5 percentage points in the coming months. Inflation is already over 7.5 percent per year in the United States.

Oil prices have already risen to levels not seen since 2014, and on Thursday, they continued to increase even more rapidly. Brent crude oil, the worldwide benchmark, was down slightly from its highs for the day, but it was still up more than 6 percent and trading around $103 a barrel. The price of West Texas Intermediate oil rose as well, reaching almost $96 per barrel.

According to some estimates, European markets were the most damaged. The price of Dutch front-month gas futures, a European benchmark for natural gas, increased by over 50% to more than 134 euros per megawatt-hour. An average of 15 euros per megawatt-hour was paid for natural gas a year ago. Russia supplies more than a third of the gas used by the European Union, with part of that gas passing via pipes in Ukraine.

According to the International Monetary Fund, central banks, whose interventions helped halt a steep slide in the global stock market, now have less space to intervene since they are committed to tightening monetary policy to battle inflation.

The escalating tensions in Ukraine in recent days have only served to exacerbate worries about the state of the global economy. This year, stock markets had already been affected by inflation fears. On Thursday, the decrease in the S&P 500 was the index's fifth consecutive loss, part of a run of declines that has reduced the index's value by around 7 percent in the previous week. Since the beginning of the year, the S&P 500 has lost almost 12 percent.

While the ultimate objectives of Russian President Vladimir V. Putin are not yet clear, western sanctions on Russia are being gradually tightened to persuade him that the costs of a full-scale invasion and occupation of Ukraine will be too great for Russia to bear. According to Angela E. Stent, a former national intelligence officer for Russia and Eurasia at the National Intelligence Council.

Putin has been working for more than a decade for western acceptance of "a Russian sphere of influence in the post-Soviet republics," and she believes he would not back down until pushed to do so. She spoke at an online Council on Foreign Affairs meeting on Wednesday about Mr. Putin's efforts.

Market-weary investors sought refuge in the traditional safe havens of Treasury bonds and gold, both in high demand.