Phase One Trade Deal with China is in Good Shape-U.S. Treasury Secretary 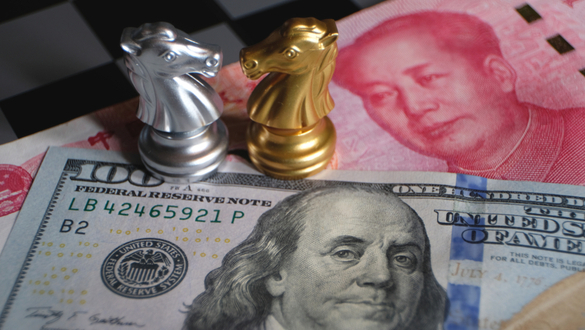 Chile’s cancellation of the United States-China trade deal meeting could change Trump’s optimistic message that a Phase 1 trade deal will be signed in the short-term. Is Phase 1 Trade deal signing really imminent in the short-term or just another Trump administration fictional talking point?

U.S. Treasury Secretary Mnuchin confirms the United States and Chinese authorities were ready to go ahead with the 1st phase of a major trade deal sometime during the next month.

Key players are now optimistic that a trade deal, which has been in the works for a long time now, will materialize soon. A $3.6 billion WTO sanction award against the United States on Friday, November 1, 2019, and the Chinese unwillingness to agree to a $50 billion Agricultural purchase guarantee, however, may derail the Phase 1 agreement and signing.

It was initially hoped that Chinese President Jinping and President Trump would be signing the trade agreement during the Santiago APEC summit, which was scheduled to be held next month. However, this plan has fallen apart owing to the Chilean government’s latest move to cancel this summit due to protests and riots.

A spokesman for the White House stated that this administration was hoping to sign the crucial trade deal without any further delay.

President Trump tweeted on October 11 that U.S. and Chinese negotiators had come up with a preliminary trade agreement, which would mark the first step towards signing a comprehensive trade deal, a move that could ease tensions between the 2 countries who are currently fighting a trade war. This deal, which remains to be finalized, will prevent tariff hikes soon and require China to honor intellectual property rights. China would also be required to purchase American agricultural products.

Trump had stated on October 11 that he was expecting to meet President Jinping during the summit in Chile. He added that the accord would be signed sometime around then.

This latest cancellation could end up delaying the signing of the agreement as both leaders have to wait until another event opens up for them to meet. However, this delay isn’t likely to affect the final outcome, stated a person with inside knowledge of the deliberations.

Before the announcement, Mnuchin had stated that the U.S. was waiting for President Xi and President Trump to approve the first phase of their crucial trade agreement sometime during the next month at the Chilean summit. He added that this move could be a tremendous economic victory for both parties.

Mnuchin made these comments at Riyadh’s Future Investment Imitative conference. He hadn’t participated in the conference last year due to the murder of dissident journalist Jamal Khashoggi. However, he came on stage this time, along with Jared Kushner, Trump’s son-in-law, and senior adviser. On Tuesday, Mnuchin and members of a U.S. delegation attended a meeting with Mohammed bin Salman, the Saudi Arabian Crown Prince.

The ongoing United States-China trade war has affected the world economy negatively, affecting growth rates in both nations and across the world.

These 2 countries are now close to reaching a pact, which will address several issues including China’s abuse of foreign IP, forced tech transfers, currency transparency issues, enhanced access for U.S.-based financial firms to Chinese markets, and a commitment from China to purchase over $50B worth of agricultural products from U.S. farmers on an annual basis.

This agreement will also go beyond the commitments that Chinese authorities have already made, thanks to recent updates to their foreign investment regulations.

China and the U.S. are also drafting an enforcement system, which includes setting up a dispute settlement office in both China and the United States for resolving all potential concerns.

It hasn’t yet been decided whether China is willing to not retaliate in case the U.S. government holds it to have violated the agreement and decides to impose additional tariffs on imports from China. This demand was among the key reasons why China had withdrawn from the talks earlier in 2019.

Robert Lighthizer, Trump’s senior-most trade negotiator, and Mnuchin are yet to present their recommendations to Trump regarding the next series of tariffs, which are currently scheduled to be implemented from mid-December this year. Chinese negotiators have called for all tariffs that have been placed on over $360 Billion worth of imports to be lifted, in case a deal is made.

China’s VP Liu He had a conversation with Lighthizer and Mnuchin via phone last week with another conversation scheduled this week, as well. Lower-level administration officials from China and the U.S. have stayed in contact as well.

Mnuchin has rejected several reports, which stated that U.S. tariffs were responsible for the global economic slowdown. On Wednesday, Mnuchin spoke at length about the economic power of American consumers and the country’s low inflation levels. He has stated that the current slowdown happening in the U.S. was due to economic issues in other countries.

Mnuchin agreed that the world economy was slowing down at the moment, which was negatively affecting the U.S. economy.