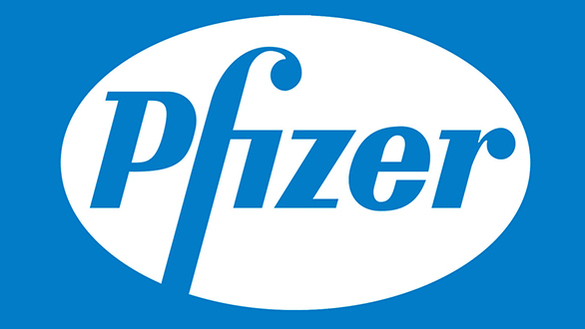 Pfizer joins the race to bring the first easy-to-use medication against the coronavirus to the U.S. market. The drug company’s preliminary research findings suggest that its investigational antiviral tablet for COVID-19 reduces hospitalization and mortality risks by approximately 90 percent, compared to a control group of participants.

Pfizer Inc. announced Friday that its Covid-19 experimental antiviral pill reduced rates of hospitalization and death by nearly 90 percent in high-risk adults. The announcement comes as the drugmaker joins the race to bring the first easy-to-use medication against this coronavirus to the United States market.

Currently, all COVID-19 therapies administered in the United States need an intravenous infusion or an injection.

In addition, the COVID-19 tablet, developed by competitor Merck, is already under evaluation by the Food and Drug Administration after showing promising preliminary results, and the United Kingdom became the first nation to approve it on Thursday.

Earlier this month, independent experts suggested that Pfizer discontinue its trial because its findings were so compelling. The firm said it would submit a request to the FDA and foreign authorities as soon as possible to get the drug approved.

Once Pfizer submits its application, the FDA might decide within a few weeks or many months.

If granted approval, the medicine would be sold under the brand name Paxlovid by the pharmaceutical business.

Researchers from across the globe are racing against the clock to develop a COVID-19 tablet that can be used at home to alleviate symptoms, expedite recovery, and minimize the crushing load placed on hospitals and physicians.

Patient groups who received the company’s drug in combination with another antiviral medication within 48 hours of exhibiting COVID-19 symptoms experienced an 89 percent reduction in their combined rate of hospitalization or death after one month, compared to patients who received an inactive placebo pill.

Only a small percentage of individuals using the medicine required hospitalization, and no one died as a result.

In the comparison group, 7% of the participants were admitted to the hospital, and there were seven fatalities.

During an interview, Dr. Mikael Dolsten, Pfizer’s chief scientific officer, stated, “We were expecting for something remarkable, but it’s uncommon that outstanding treatments come through with over 90 percent effectiveness and 100 percent protection against mortality.”

Each participant had a mild-to-moderate COVID-19 infection and was assessed to be at high risk for hospitalization owing to health concerns such as obesity, diabetes, or heart disease since they were not vaccinated.

Patients who got the medicine sooner had somewhat better outcomes, highlighting the need for prompt assessment and treatment in this situation.

Pfizer provided scant specifics on side effects but said that issues were comparable across the groups, at around 20% of the population.

After reviewing the intermediate data, an independent panel of medical professionals monitoring the experiment suggested that the trial be terminated early, as is customary protocol when such a clear advantage can be shown.

The data has not yet been made public to allow for independent assessment, the standard procedure for assessing new medical research.

Health experts in the United States have reiterated that vaccination will be the most effective protection against illness.

However, with tens of millions of individuals remaining unvaccinated in the United States — and many more in the rest of the world – effective, easy-to-use therapies will be vital in preventing future outbreaks of illness.

The Food and Drug Administration has scheduled a public hearing for later this month to discuss Merck’s medication, known as molnupiravir.

In September, the business stated that their medicine reduced hospitalization and mortality rates by 50% compared to the previous year.

Because of the disparities across research, experts advise caution when comparing early data.

In the United States, while Merck’s pill has progressed farther in the approval process, Pfizer’s medication may benefit from a safety profile that is more recognizable to authorities and has fewer red flags.

Merck medicine works by interfering with the genetic coding of the coronavirus, which is a unique way of preventing the virus from spreading.

Pfizer’s medicine is a member of a decades-old class of antiviral medications known as protease inhibitors, which were essential in developing new HIV and hepatitis C treatments.

The medications work by inhibiting an enzyme that viruses need to reproduce in the human body.

The antibiotic was discovered for the first time during the SARS epidemic that originated in Asia in 2003.

After discovering that COVID-19 and the drug were genetically related, corporate researchers decided to resurrect the medication and examine it for COVID-19 last year.

There is one additional antiviral medicine licensed for COVID-19, redeliver, and three antibody treatments that aid the immune system in fighting the virus that the United States has authorized.

However, they must be administered intravenously or intramuscularly in hospitals or clinics, and limited supplies were stressed by the recent rise in demand for the delta variety.