Pfizer Announces Its Plan to Develop a Covid Booster Shot 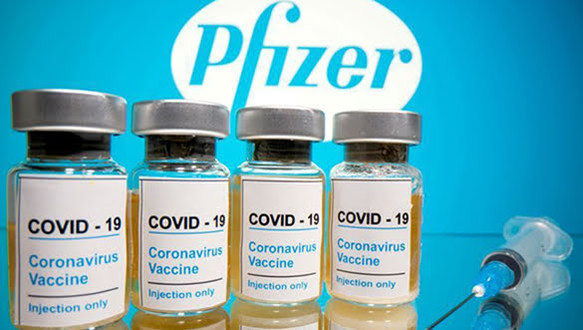 Pfizer announces its plan to ask for emergency authorization for a booster vaccine while Biden administration officials debate its need. Other nations are moving forward to thwart the potential risk of a new covid variant outbreak or reduce efficiencies of prior dosages.

For months, internal debates have dragged on as health officials keep an eye out for signs of fading immunity among the vaccinated.

Officials in the Biden administration believe that the most vulnerable Americans will eventually require coronavirus booster doses. However, they are still arguing how soon this should happen, according to two administration officials.

The conversations featured much behind-the-scenes coordination between the administration and the drug companies that make Covid-19 vaccinations.

Pfizer's statement on Thursday that it would seek clearance for a booster shot within weeks threw a wrench in the works between political and research discussions.

The company caught the administration off guard, vexing authorities who have yet to decide who needs another injection and when — and fueling public worry that the vaccines' protection against Covid-19 may be eroding.

The Biden administration has minimized the need for further doses on multiple occasions, fearful of weakening vaccine trust and getting ahead of conclusive proof that boosters will be required.

The Centers for Disease Control and Prevention (CDC) and the Food and Drug Administration (FDA) simultaneously chastised Pfizer's announcement, claiming that "Americans who have received all of their vaccines do not require a booster at this time."

Nonetheless, according to four persons familiar with the matter, many administration officials have come to believe that another round of Covid-19 shots is quite likely.

"Fully vaccinated persons do not require a shot at this time," a senior administration official said, adding that the government's position could change.

According to the official, there is a growing awareness that immunity is diminishing among high-risk patients whose immune systems are already compromised.

However, it's unclear how significant any reduction in protection has been and whether Covid-19 infections have started to rise among high-risk but fully vaccinated patients like senior nursing home residents and immune-compromised people like transplant recipients.

"The sole decision we made was to get enough [vaccine] in case we needed it," she says, "said the official.

On Monday afternoon, top Biden health officials will meet with Pfizer to discuss the company's booster-shot intentions and evaluate data.

The briefing is unlikely to impact the government's overall vaccine strategy significantly, and officials said that any advice that Americans get booster injections would go through a rigorous procedure that includes a formal review by a CDC advisory council.

"We made it clear last week that this was not a recommendation to begin," she said.

"If they conclude that booster shots are recommended, they will publish that information, which will be based on a wide range of data."

According to two senior administration officials with knowledge of the agency's internal deliberations, top officials at the National Institutes of Health have advised caution on boosters, claiming that there is no actual data to justify their usage at this time.

Three officials said the health agency is hesitant to submit any booster plan without proof from vaccine manufacturers that an extra dose can significantly benefit.

Multiple companies are testing booster doses in clinical trials, some of which are being financed by the National Institutes of Health. Johnson & Johnson is set to release findings this month on whether the second dosage of its one-shot vaccine provides better protection.

Recent reports from Israel reveal that some vaccinated people have developed breakthrough illnesses as the Delta strain spreads have generated new concerns among senior government officials.

Before evaluating whether boosters are necessary for the United States, they want to study Israel's raw statistics.

However, other countries, such as the United Kingdom and France, are moving through with booster shot plans — and Israel has begun delivering them — putting pressure on the United States to develop a strategy, even if Biden's staff claims it needs more evidence.

According to an insider with direct knowledge of the matter, contracts between the U.S. and Covid-19 vaccine makers allow for the supply of additional doses for booster shots and extra doses needed for foreign donation.

However, without credible data to back up the move domestically, the booster's implementation could be postponed "for several months," according to the source.