Pfizer and the US Agree on $5.29 Billion COVID-19 Treatment Contract 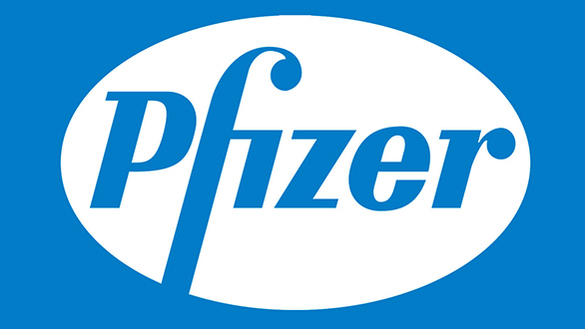 According to Pfizer, if the experimental COVID-19 drug is authorized, the United States government will compensate the pharmaceutical industry for 10 million treatment sessions of the probable COVID-19 therapy.

When the FDA approves Pfizer's possible COVID-19 treatment, the federal government will pay the firm $5.29 billion for 10 million treatment courses of the medicine, marking the most significant purchase agreement for a coronavirus therapy in the history of the United States.

Meanwhile, the FDA is now studying a rival medication from Merck and will host a public conference on the topic later this month.

According to the company, the cost of Pfizer's proposed therapy is around $529 for each course.

In a statement released on Thursday, Pfizer noted that the large number of treatment courses ordered by the United States government until 2022 is reflected in the price paid.

"The therapies will be freely available and free," said President Joe Biden in a statement, adding that his government is making efforts to guarantee that the treatments are "free and easily accessible."

"This medication might prove to be another key instrument in our armory that will help us expedite our way out of the epidemic," Biden said, noting that vaccinations against the virus remain the most effective tool in the fight against the virus.

Pfizer has begun submitting rolling applications for approval in a number of additional countries, and there are advanced purchase agreements in place with a number of other governments.

Pfizer said on Tuesday that it had reached an agreement with a United Nations-backed body that would enable generic drugmakers to develop low-cost copies of the tablet for specified nations.

Merck has a similar agreement for its medication, which was approved in the United Kingdom earlier this month.

Pfizer revealed earlier this month that its tablet reduced hospitalizations and fatalities by 89 percent among high-risk persons experiencing early signs of COVID-19 while taking the medication.

The business tested its tablet on patients who had not been vaccinated and were at the highest risk of contracting the virus because of their age or other conditions, such as obesity.

According to the pharmaceutical company, adults with mild-to-moderate COVID-19 infections who are at danger of getting critically sick should be able to get the medicine.

This is a promising treatment option similar to how other medications are now being used to treat the condition.

All FDA-approved COVID-19 therapies, on the other hand, need the administration of an IV or injection by a medical expert in a hospital or clinic.

Pfizer's prospective cure involves taking two antiviral pills twice a day for five days in conjunction with a second antiviral medication that increases the effectiveness of the first.

Pfizer has already earned more than $24 billion in worldwide sales so far this year from Comirnaty, its COVID-19 vaccine, which has swiftly risen to the top of the drugmaker's best-selling products list. Comirnaty is the company's COVID-19 vaccine.

Pfizer Inc., located in New York, saw its stock price rise by less than 2 percent at the opening bell on Thursday.

They reached a new all-time high of $51.86 this summer, surpassing a previous record that had been in place for 22 years.

As the number of COVID-19 cases in the United States begins to rise again, pharmaceutical companies Pfizer and Merck are attempting to approve their therapies.

According to the Johns Hopkins University statistics, the seven-day rolling average for daily new cases reached 87,000 on Wednesday, an increase from the previous day. This is an increase from roughly 68,000 at the end of last month.