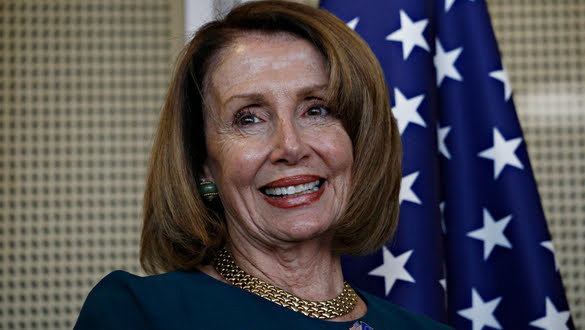 Speaker of the House Nancy Pelosi is calling President Trump’s bluff and has called the House of Representatives members back to Washington.

Republicans aren’t committed to doing anything to save the United States Post Office, but House Speaker Nancy Pelosi (D-CA) isn’t questioning the importance of a funding bill.

Pelosi announced on the Speaker’s website Sunday that members of Congress must come back to vote this week for a funding bill that would ensure the USPS maintains all operations precisely as they were on January 1, 2020.

“Alarmingly, across the nation, we see the devastating effects of the President’s campaign to sabotage the election by manipulating the Postal Service to disenfranchise voters,” a statement from the Speaker’s office said. “Postmaster General Louis DeJoy, one of the top Trump mega-donors, has proven a complicit crony as he continues to push forward sweeping new operational changes that degrade postal service, delay the mail, and – according to the Postal Service itself – threaten to deny the ability of eligible Americans to cast their votes through the mail in the upcoming elections in a timely fashion. These delays also threaten the health and economic security of the American people by delaying the delivery of life-saving medicines and payments. In 2019, 1.2 billion prescriptions were delivered through the Postal Services, including almost 100 percent from the VA to veterans.”

Pelosi, in her released written statement, went on to say that she has legislation from Oversight and Reform Committee Chairwoman Carolyn Maloney. The “Delivering for America Act,” prohibits the Postal Service from ushering in any of the last-minute changes by President Donald Trump to operations or level of service it had in place on January 1, 2020.

Democrats are supposed to appear at the Democratic National Convention this week, but Pelosi called them back anyway. It’s unclear if Republicans will be willing to support such a bill. They may decide that they won’t fund the post office unless the Democrats give in on blanket immunity for employers from COVID-19.   President Trump is claiming the Democrats who have already passed $28.5 billion for the US Postal Service months ago as part of the Hero’s Bill aren’t willing to pay the money needed to fund the postal service.