Pelosi and White House Close to Agreement on NAFTA Overhaul 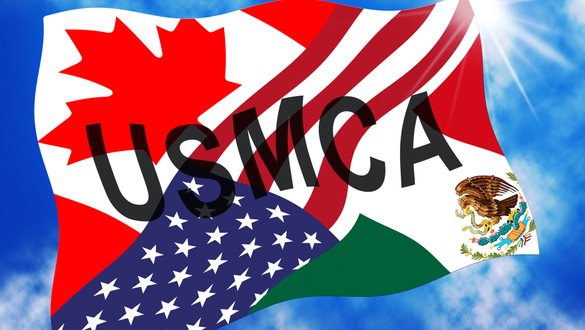 Democrats and Trump Administration seem to be on the verge of agreeing on at least one piece of legislation, the new (USMCA Trade Deal) U.S.-Mexico-Canada Free Trade Agreement.

For most of the 300 bills passed by Congress since January 2019, the chances of getting anything agreed to between the Trump administrations,  the GOP controlled Senate, and the House Democrats are no greater than pigs growing wings and flying. However, bipartisanship reigns with the new United States–Mexico-Canada free trade agreement. All parties want a deal.

According to sources close to the talks, negotiations are progressing well enough that it appears that approval of the deal by all parties could take place before the end of December. Well before even though Democrats will also impeach the President.

U.S. Trade Representative Robert Lighthizer and his Mexican counterpart Jesus Seade have put to paper the changes over the past weeks that were requested by Speaker Nancy Pelosi. She insisted that the deal encompass exchanged proposals on labor inspection rules and tougher steel provisions. They finalized a compromised package; she is reviewing late Friday for approval according to sources familiar with the events taking place.

Pelosi's insistence on the changes to the proposed agreement has been driven by her demand from the United States by the United Steelworkers union and other labor unions a key constituency for Democrats. Lighthizer and Seade are scheduled to meet in Washington again today and could announce the finalization of the NAFTA overhaul. Mexican President Andres Manuel Lopez Obrador said Monday

“Now is the time to vote on it…I am optimistic we can reach a deal.”

One good sign is that while the deal has not been finalized, the representatives from the three countries are already in discussions as to where to have a signing ceremony according to sources close to the ongoing back and forth.

Passing the trade agreement is both a top legislative priority for both Speaker Pelosi and President Trump and would give both a political win. Pelosi is showing that besides the 300 bills passed by the Democrats in their first year in control of the House, and the current focus on impeachment that they’re trying to legislate and co-operate even as they continue investigating the Trump administration. Trump meanwhile needs to show he’s made good on a major campaign promise.