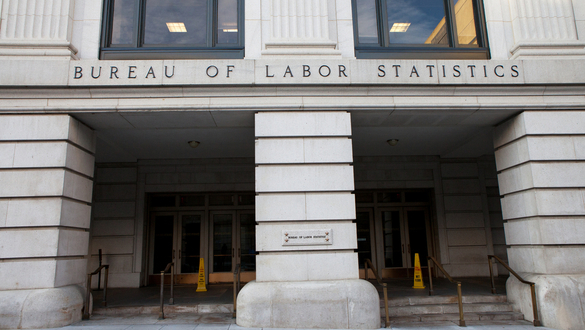 The longest economic expansion in U.S. history is showing signs of possibly coming to an end. Today’s September employment numbers missed projections while wage gains are slowing even as the jobless rate reported – has fallen to a half-century low.

The Labor Department report showed private payrolls expanded by 114,000 after being upwardly revised 122,000 expectations made the prior month. The Friday numbers reported missed the median estimate of economists for a 130,000 gain. Non-farm payrolls were also below the forecast 136,000; the numbers reported included 1,000 temporary 2020 Census workers for the government. 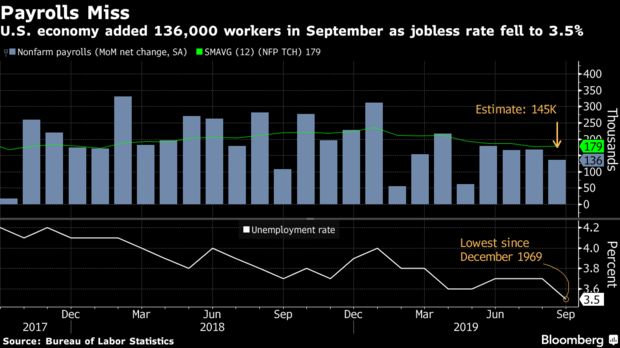 Meanwhile, also missing estimates, average hourly earnings rose at a 2.9% rate from last year, which is the weakest growth number in over a year. The weakness, however, didn’t stop the jobless rate from dropping to 3.5%, the lowest unemployment number since December 1969, down from 3.7% last month.

The mixed news didn’t stop Wall Street from opening up on the Labor Department report.

“Overall, it is a bit of a mixed bag… However, the main payroll number, along with weakness in manufacturing adds to signs that the trade war is putting … downward pressure both on hiring and the economy.”

The lower than expected number is indicating President Donald Trump’s trade policy and weakness abroad pose an increasing threat to growth in the U.S. economy.

Bloomberg commented on the data by saying …

“The data offer a contrast with characterizations by Fed Chairman Jerome Powell and his colleagues at recent meetings that job gains have been “solid,’’ though they may still have room to stick with that assessment. Fed Vice Chairman Richard Clarida said the economy remains on solid footing and recession risks aren’t “particularly elevated under the inappropriate monetary policy.”