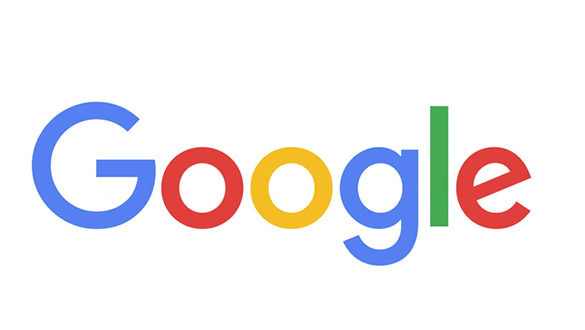 After more than a decade of free usage, Google charges certain small businesses for email and other tools.

Many Small business owners felt that Google had broken a promise when the company informed some of them in January that they would no longer be able to use free customized email services and other workplace apps.

Google informed long-time customers of what it refers to as its G Suite legacy free version, which includes email and applications such as Docs and Calendar, that they were required to begin paying a monthly price, often in the range of $6 for each business email account.

Any commercial enterprises who do not willingly switch to a paid service by June 27 will have the transition made for them. Their accounts will be closed if payment is not received by August 1.

Small company owners whom the move has impacted have expressed their dissatisfaction with the cavalier approach that Google has taken to managing the process, even though the expense of the paid service is more of an inconvenience than a significant financial blow.

They can't help but get the impression that a massive corporation that makes billions of dollars in earnings is putting pressure on smaller companies that were some of the first to utilize Google's apps for work to make a few extra dollars.

Patrick Gant, the proprietor of Think It Creative, a marketing agency located in Ottawa, remarked that the incident "hit me as needlessly petty."

"It's difficult to feel sorry for someone who has been given something for free for a significant amount of time and is now being informed that they need to pay for it. On the other hand, there was a commitment that was made. That was the driving factor behind my choice to work with Google rather than any other available options.

Similar to how it sometimes places four advertisements on top of search results instead of three and how it jams more commercials into YouTube videos, Google's decision to charge organizations that have used its apps for free is another example of its search for ways to get more money out of its existing business.

In recent years, Google has become more aggressive in its pursuit of selling software subscriptions to businesses. As a result, Google has become a more direct competitor of Microsoft, the company whose Word and Excel applications dominate the market.

The date that was initially set for May 1 was pushed out after a number of the long-time users expressed concern about the transition to a paid service. Google also said that users who were logging in to their old accounts for personal rather than professional reasons might continue to do so without being charged.

The deadline is quickly approaching. Six owners of small businesses interviewed by The New York Times expressed frustration with what they described as inconsistent and unclear information regarding the upcoming service change. However, other company owners claimed that they had difficulty getting in touch with customer support when they were considering whether or not to continue paying Google for its services or stop using them altogether.

Google stated that the customer service component was not included in the free edition; nevertheless, it did provide consumers with several ways to get in touch with the firm for assistance with their move.

In 2004, Google introduced Gmail, and in 2006, the company introduced corporate applications such as Docs and Sheets. The search engine giant was keen for small businesses, such as start-ups and mom-and-pop stores, to use its work software. As a result, it provided the services at no cost. It allowed businesses to add custom domains to Gmail that matched their company identities.

While testing the apps, it even told business owners that the products would remain free for life. However, Google claims that from the very beginning, the terms of service for its business software stated that the company could suspend or terminate the offering at any time in the future.

The name G Suite was changed to Google Workspace in the year 2020.

The free version of Workspace is utilized by an overwhelming majority of users, with the firm claiming to have more than three billion users on its platform. Since 2020, the number of individuals and companies that pay for versions with additional tools and customer support has increased to almost seven million. In 2020, the number was just six million.

A person familiar with the tally but requested anonymity because the person was not permitted to disclose those numbers publicly stated that the number of users still using the free legacy version from years ago have numbered in the thousands. This person said that the number of users who were still using the legacy version from years ago had numbered in the thousands.

Moving to a subscription with Google Workspace can be accomplished with only a few clicks of the mouse. Katie Wattie, a spokeswoman for Google, said in a statement that the company is "here to support our customers with this transition." This assistance includes providing "significant discounts on Google Workspace memberships."

In recent months, things have started to pick up, although Your Score Booster's performance is still below where it was before the academic year began. The company's income dropped by over one-third between April 2020 and March 2021. The following year saw an additional 20% decrease in sales.

Since Mr. Gant runs his firm by himself, he has been taking advantage of Google's free email service since 2004. He said that it was not about the money in any way. The trouble for him was the inconvenience.

It was up to him to decide whether he would stick with Google or try to find an alternative.

Mr. Gant has not yet decided whether or not he will remain with Google, switch to Microsoft Outlook, Apple iCloud, or ProtonMail, or continue using ProtonMail. At the end of this month, he will decide what to do. The annual cost of Microsoft for him would be one hundred dollars Canadian.

Apple would set you back $50, whereas ProtonMail would run you $160.

After providing him with free service for three months, Google would charge him the same annual fee as Apple. The following year, Google's price would increase by a factor of two.

How to Set Up a Business Email with G Suite / Google Workspace (a.k.a. Gmail for Business)