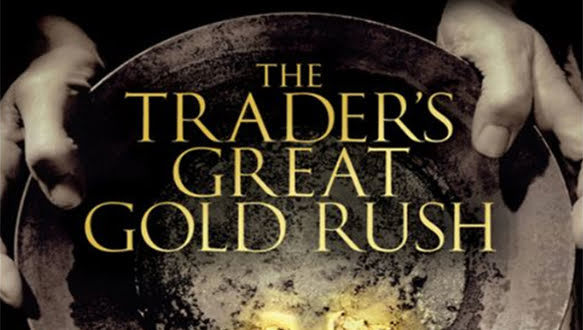 Goldman Sachs is predicting $2,300 gold. Sends a warning that the  U.S. dollar status as the world’s reserve currency is at risk.

Goldman Sachs has raised its price target for gold to $2,300 an ounce, calling it “the currency of last resort” in a new note from the investment bank that shockingly warns that the status of the U.S. dollar as the world’s reserve currency is in danger.

Goldman Sachs, in a note to its clients on Tuesday, is linking the Midas metal's rally to a…

"Potential shift in the U.S. Fed towards an inflationary bias against a backdrop of rising geopolitical tensions, elevated U.S. domestic political and social uncertainty and the second wave of Covid-19 related infection."

"Combined with a record level of debt accumulation by the U.S. government, real concerns around the longevity of the U.S. dollar as a reserve currency has started to emerge."

According to Goldman, the massive expansion of government spending and debt that has already taken place and is likely to be expanded in the months ahead to deal with the out of control coronavirus pandemic taking place is increasing the debasement risk of the U.S. dollar. The combination of debasement risk and piling debt "sows the seeds for future inflationary risk."

According to Goldman’s warning to clients…

"Gold is the currency of last resort, particularly in an environment like the current one where governments are debasing their fiat currencies and pushing real interest rates to all-time lows."

"With more downside expected in U.S. real interest rates, we are once again reiterating our long gold recommendation from March."

Meanwhile, silver has risen 75% from its lows. Investors seeing the Federal Reserve expanded its balance sheet by $5 Trillion are beginning to realize that the pandemic that has already caused 150,000 deaths and 4.4 million infections is not going away.  With predictions that a second wave of Covid-19 here in the United States is going to be much worse, investors are starting to prepare for another $5 Trillion expansion of the Federal Reserve’s balance sheet.

Many investors believe the $3 Trillion rally in the stock market is a huge bubble caused by the Federal Reserve in hopes of ensuring the re-election of Donald Trump in November and will eventually cause a stock market correction of 40% to 60%.

Gold Prices Surge: What You Should Watch For - Steve Forbes | What's Ahead | Forbes