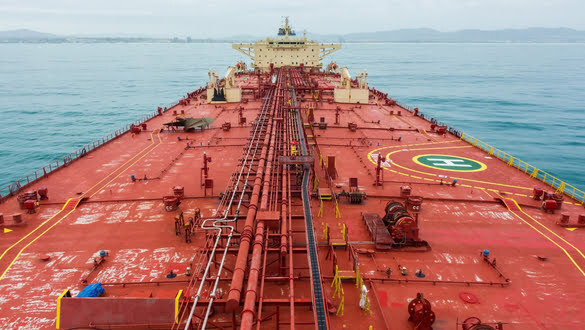 With domestic crude stockpiles falling and speculations of penalties against Russian energy exports swirling, the oil price shot up throughout the world on Wednesday, pushing U.S. crude back over the $110 per barrel barrier. The oil price is rising as concerns about the state of negotiations between Russia and Ukraine grow.

According to the American Petroleum Institute (API), an unexpected drop of 3 million barrels in U.S. oil stockpiles last week was reported late Tuesday, with inventories at the major Cushing, Oklahoma delivery hub falling by just over 1 million barrels.

When it comes to the threat of a Russian gas supply interruption, which is a critical component of Germany's energy mix as Europe's largest economy, traders are betting on a quick response from western leaders, given that Moscow is still demanding payment in rubles for its products in the wake of sanctions imposed on its central bank and the broader financial system.

The Organization of the Petroleum Exporting Countries (OPEC) will meet tomorrow to debate its production strategy, and there are few surprises expected. Some members of the cartel and OPEC+ can't meet their monthly output goal of 400,000 BPD due to technological issues.

There was some pessimism that progress had been achieved in Ukraine's peace talks with Russia the previous day, reviving concerns about oil supplies in the area.

According to U.S. government statistics, crude oil stockpiles were down for the week, while gasoline and distillate inventories rose.

Reversing Tuesday's losses, oil prices recouped their losses plus some. As investors fled the commodity in anticipation of indications of progress in negotiations between Russian and Ukrainian negotiators, prices fell on Tuesday. Deputy Defense Minister Alexander Fomin allegedly said that Russia would reduce military action in the direction of Kyiv and Chernobyl.

On the other hand, Kremlin spokesperson Dmitry Peskov said Wednesday that Russia had not seen anything "particularly encouraging" in Ukraine's offers on Tuesday, according to Russian media reports.

According to Ukrainian and American authorities, any promise to withdraw Russian soldiers from Ukraine did not constitute an actual change in policy. According to Pentagon spokesperson John Kirby, Russian ground troops have been observed retreating away from Kyiv; however, it seems that soldiers are just being moved.

Carsten Fritsch, an analyst at Commerzbank, said in a note to clients that the drop in oil prices this week, which has at times exceeded 10%, "has made it even less probable that OPEC+ would decide at its meeting tomorrow to ratchet up its output to a larger degree."

"OPEC+ will certainly become even more cautious as far as any dangers to oil demand are concerned," Fritsch said of the price losses caused by the "lockdown in Shanghai on Monday."

On Thursday, analysts predict OPEC+, the Organization of Petroleum Exporting Countries, and its allies, including Russia, will maintain its production-increase plan for May of an additional 400,000 barrels per day.

According to a report from the Energy Information Administration on Wednesday, inventories of crude oil in the United States fell by 3.4 million barrels in the week ending March 25.

According to economists polled by S&P Global Commodity Insights, the EIA was projected to report a drop in oil stocks of 1.7 million barrels. Sources said a three million-barrel drop in American Petroleum Institute data on Tuesday.

Oil rebounds over $100 a barrel, OPEC+ expected to stick to output release