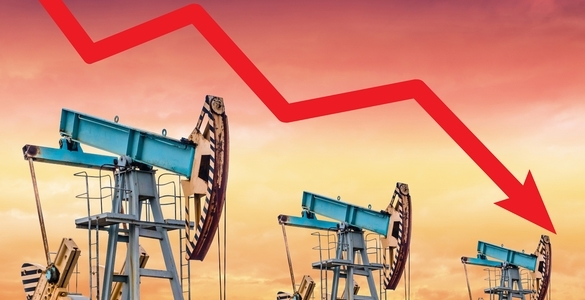 
Novak broke the news to his Saudi Arabian counterpart Prince Abdulaziz bin Salman that Russia had no intention of cutting its oil production and oil sales into the world market. Putin and his cadre of oil oligarchs have decided that propping up prices as the coronavirus ravaged energy demand would be a gift to the U.S. shale industry.

The Russians are out to cripple U.S. oil production, bankrupt U.S. frackers that are producing millions of barrels of oil now being sold into the world market. Putin much prefers to try to squeeze the American frackers out of business.

After five hours of polite yet useless negotiation, in which Russia clearly laid out its strategy of trying to destroy U.S. oil production by crashing oil prices if needed to $20 barrel, oil prices fell more than 10% before closing for the week. OPEC ministers had expected some cooperation from Russia, given its dire cash and economic condition and need for cash. Those attending the meeting were reportedly so shocked, the gathering suddenly had the atmosphere of a wake, said another.

President Putin, for the past three years, kept Russia inside the OPEC+ coalition, allying with Saudi Arabia and its other members to curb oil production to support the world market price.

The cooperation has helped keep Russia financially solvent because the largest source of Russia’s state revenue comes from oil. The alliance not only keeps Russia but most of the other member countries of OPEC+ solvent and fostered a closer bond with Saudi Arabia’s new leader, Crown Prince Mohammed bin Salman.

But the OPEC+ deal also aided America’s shale industry by keeping the world price of oil up. At the same time, Putin’s ire over the Trump administration’s willingness to employ energy as a political and economic tool against Russia was evident.

Putin helped Trump get elected in 2016 and has already begun helping him again in 2020, has done nothing to lift the economic sanctions.  Trump has done everything he can to prevent the completion of a pipeline linking Siberia’s gas fields with Germany, known as Nord Stream 2. With a friend in the White House like that, who needs an enemy. Also, the Russian’s are furious over Trump’s targeting Venezuelan businesses doing business with Russia’s state-oil producer Rosneft.

Alexander Dynkin, president of the Institute of World Economy and International Relations in Moscow, a state-run think tank, was quoted over the weekend…

“The Kremlin has decided to sacrifice OPEC+ to stop U.S. shale producers and punish the U.S. for messing with Nord Stream 2.”

“Of course, to upset Saudi Arabia could be a risky thing, but this is Russia’s strategy at the moment – flexible geometry of interests.”

The Russian oil industry has never liked the OPEC+ Relationship

The OPEC+ deal had never been popular with many in the Russian oil industry, who resented having to hold back investments in new and potentially profitable projects and holding back on oil sales into the market.

Igor Sechin, the powerful Russian oligarch of Rosneft and a long-time partner in crime with Putin, lobbied against any curbs in production and sales, according to people familiar with Russia’s decision to stick it to the Saudi Arabia and President Trump.

Putin and his Kremlin cronies are also miffed because, despite many promises of investment made by Saudi Arabia, the alliance with Riyadh has to result in significant Saudi investments in Russia. A con job the Crown Prince pulled on Donald J. Trump. Saudi Arabia has a long history of promising investments in countries to get deals that NEVER materialize.

The Russian’s have relied on promises of investment in their country by Saudi Arabia but have steadily resisted oil production cuts realizing the Crown Prince has been lying about those investments. He has been telling Saudi officials they liked being in the OPEC+ alliance but weren’t going to agree to deepen production cuts.

At the last OPEC+ meeting in December, Russia got away with negotiating a position that allowed it to keep its oil production sales into the world market steady while Saudi Arabia shouldered big reductions.

Now the coronavirus crisis has already cut Chinese demand for oil by 20%. Some estimates point to a 30% plummet in worldwide oil consumption now that the virus is spreading wildly!

Putin planned to both crush the U.S. oil fracking industry while grabbing vast chunks of the OPEC and Saudi Arabian oil market share. Rosneft spokesperson Mikhail Leontiev telegraphed his strategy by saying, the Russian oil giant is delighted with the breakup with OPEC, and now it can move to boost its market share…

“If you always give in to partners, you are no longer partners. It’s called something else,” Mikhail Leontiev told Bloomberg. Let’s see how American shale exploration feels under these conditions.”

To protect his county’s and the rest of OPEC Saudi Crown Prince Mohammed bin Salman announced on Sunday, he is cutting oil prices by as much as $10 a barrel to Europe, China, and the United States. In essence, this, however, has sent the oil market into a nosedive.

Russian President Putin’s decision to take on U.S. shale, and the entire U.S. oil industry as well as attempting to cripple the U.S. banking industry is already backfiring.

First, Russia needs $42 a barrel oil to support its budget and expanding war footing in Syria. The Russian finance ministry rainy day fund is going to be wiped out with oil already trading tonight at $35 a barrel in the futures market thanks to has squirreled away billions in a rainy-day fund.

Second, rock bottom natural gas prices have resulted, and many of the shale oil producers have already been consolidated by the largest American oil companies, Exxon Mobil Corp. and Chevron Corp. These companies have balance sheets capable of withstanding lower prices. Some smaller drillers may go out of business, but many will have bought financial hedges against the drop in crude.

Third, Putin’s timing is awful; the coronavirus’s impact on the global economy is still unclear, and with millions of more barrels already flooding the market, even before Russia’s starting global pricing war, Wall Street analysts were warning oil could test recent lows of $26 a barrel. Now they’ll be lowering their target to $20 a barrel or lower.

Both Putin and Saudi Crown Prince Mohammed bin Salman may have accelerated a worldwide financial collapse.

Putin’s stabbing both Trump and Saudi Crown, Prince Mohammed bin Salman in the bank, was predicated on driving oil to $42 a barrel. At $32, $26, $20 even $17 a barrel, it could bring down Putin’s Russian regime.

Saudi Arabia's regime is also in grave danger. Like Russia, its government is almost entirely dependent on oil to fund government spending; the economic impact will be immediate. Prince Abdulaziz and his half-brother Crown Prince Mohammed may not survive $20 barrel oil without mass executions. Two highly ranked princes were arrested and accused of a plot to dispose of Saudi Crown Prince Mohammed bin Salman.

“Prices will fall until either Moscow or Riyadh call off the endurance contest, or North American production is massively curtailed.”

Now, Putin and the Crown Prince turned their alliance inside out and triggered a massive crash in oil that cannot be easily fixed. While relations between the two energy giants remain cordial and the diplomatic mechanisms of the OPEC+ group are still in place, keeping the door open in case the two sides do decide to reunite. In essence, they now have a war in the Middle East where both are on opposite sides.

The photo of the conference room used on Friday showed after the delegates had left, the prospects for reconciliation behind had a small Russian flag by Novak’s seat had been knocked over. And Prince Abdulaziz left his counterparts with a grave warning: Trust me, he told them, according to a person in the room. This will be a regrettable day for us all. Based on the futures of oil this evening and in the world’s equity markets, the world economy may regret the mutual treachery.