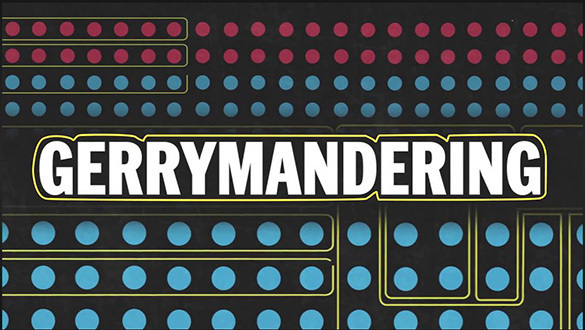 The Ohio Supreme Court ruled that the proposed new legislative and senate district maps did not meet constitutional requirements. The court ordered the Ohio Redistricting Commission to draw new maps within ten days.

According to the court's judgments, a 4-3 decision threw out the plans and ordered the Ohio Redistricting Commission to draw out new maps within ten days. The court maintains jurisdiction to review the new proposal.

Despite her Republican affiliation, Chief Justice Maureen O'Connor joined the three Democratic members of the court in accusing the Ohio Redistricting Commission of being political. The three other Republican House members were split.

The court's majority decided that the maps did not meet the conditions of Article XI, Section 6 of the state constitution, which was created to counteract political gerrymandering.

Ohio voters approved a measure in 2015 that states, in part, that the statewide proportion of districts whose voters favor each political party based on statewide state and federal partisan general election results over the previous ten years should correspond closely to Ohio voters' statewide preferences.

Court Justice Melody Stewart wrote the majority opinion. He said that Republican candidates earned 54% of the vote during the preceding ten years and Democratic candidates received 46%, but the maps did not reflect this.

According to Stewart, it is critical that the panel "attempt to devise a strategy in which the statewide balance of Republican-leaning districts to Democratic-leaning districts approximately corresponds to those percentages."

"Provision 6 is a direction, not a desire," she said. "The commission is expected to make every attempt to achieve the standards outlined in that section."

"We reject the assumption that Ohio voters rallied so massively in support of an anti-gerrymandering amendment to the Ohio Constitution while simultaneously thinking, at the time, that the provision was ineffective," Stewart writes.

According to Huffman, the maps might have given the Republican Party a 62-37 House majority and a 23-to-10 Senate edge.

In a concurring opinion, Chief Justice O'Connor chastised the Ohio Redistricting Commission for being partisan in its proceedings.

According to O'Connor, the current Ohio Redistricting Commission, made up of statewide elected officials and partisan lawmakers, "appears unable to set aside party interests as ordered by the people's choice." "Ohioans may choose to seek further constitutional amendments to replace the existing board with a genuinely independent, nonpartisan body that more effectively removes the redistricting process from party politics," he stated in his letter.

Justice Stewart also said that the redistricting panel's decision-making process had been politicized. Two Republican staffers had created the maps and reported to Huffman and Cupp rather than the whole panel or the commission itself.

Analysis: Why new Ohio redistricting maps are an 'insult to democracy.'