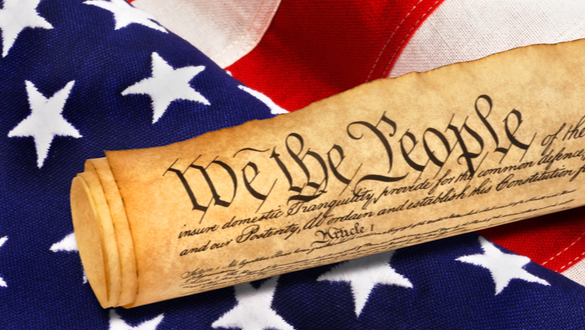 Supreme Court justices seemed to be moving toward ruling that Americans had a constitutional right to carry guns outside of their homes.

A New York legislation that prohibits weapons from being carried outside the home was challenged before the United States Supreme Court, which seemed doubtful during oral arguments.

On Wednesday, the United States Supreme Court heard the first major Second Amendment fight in more than a decade.

As a consequence of this decision, the conservative-majority Supreme Court expressed grave reservations about the constitutionality of a New York legislation that gives government officials broad discretion in awarding licenses to carry a concealed firearm.

"Can't it just be stated that I live in a hazardous area and that I want to be able to defend myself?"

Justice Brett Kavanaugh sought the opinion of the Attorney General of the State of New York.

An argument has erupted over New York's so-called legitimate cause act, which requires applicants to demonstrate a particular need beyond a basic desire to protect themselves from qualifying for a concealed carry license with no limitations.

New York is one of eight states and the District of Columbia that provide licensing authorities extensive discretion in making their judgments about license renewals.

The controversy began after two New York residents were denied licenses to carry concealed guns without limitation. They were both from the Bronx.

A case against the licensing authority was brought by the applicants, sponsored by an affiliate of the National Rifle Association. After being denied in the lower courts, they filed an appeal with the Supreme Court, which was ultimately denied.

The applicants for gun licenses were represented by Paul Clement, a former United States attorney general. He argued that New York's statute violates the right to keep and bear arms granted by the United States Constitution. The hearing took place on Wednesday.

As Clement explained to the Supreme Court in his argument, "at the end of the day, I believe that what it means to provide someone with a constitutional right is to require them to demonstrate to a government Official that they have a compelling reason to exercise it or that they are exposed to unusual dangers."

According to the court's appearance, the three liberal justices were more sympathetic to the public safety rationale that underlies New York's legislation than were the three conservative justices.

"People of good moral character, who begin to drink excessively while watching a football game or any other kind of soccer game, may get furious with one another, in my opinion. "

It is also unknown whether or not any of them are carrying any concealed weapons on their bodies."

"And there is enough of evidence in these briefs to suggest that there are some people who are truly knowledgeable about what they're talking about. Furthermore, many people lose their lives as a consequence of their acts."

State Attorney General Eric Schneiderman and the Department of Justice, which represented the Biden administration, backed New York's request that the court upholds the long-standing history of allowing legislatures to impose reasonable restrictions on firearms to protect public safety.

As an attorney with the Justice Department, Brian Fletcher said, "We have no problem with the assumption that the Second Amendment has anything to say about activities that happen outside the home."

Rather than elaborate, our solution argues that one must consider the history and customs of norms to understand how they apply beyond the home.

The dangers that concealable firearms, especially pistols, pose in the public arena have prompted a long history and tradition of regulation, and limits of this kind, such as those imposed by New York, are consistent with the right to keep and bear arms given by the second amendment.

New York Solicitor General Barbara Underwood claimed that unrestricted concealed carry is more easily accessible in rural areas than in urban areas, in an apparent attempt to highlight the reasonableness of the state's licensing scheme, according to reports from The Associated Press and the Associated Press.

While in the case, she came under criticism from Chief Justice John Roberts for what he saw to be an inconsistency in her thinking on self-defense, which he called "logically inconsistent."

Roberts said that he was becoming more receptive to the reasons put forward by petitioners seeking gun permits.

Justice Samuel Alito, one of the Supreme Court's most conservative justices, made a similar point in a recent decision.

According to the department's statistics, how many illegal guns were seized by the New York Police Department in the past year?

'Do you happen to know what that is?' he questioned of Underwood, who answered that the amount was unquestionably important.

As the author puts it, "all of these people with illegal guns are on the metro; they're strolling around the streets."

How does this affect the ordinary, industrious, and law-abiding folks that I mentioned earlier?

"Isn't it true that they're not authorized to be armed?"

In some ways, the case that the Supreme Court will hear on Wednesday continues where the court left off over a decade ago.

In the District of Columbia v. Heller decision from 2008, most of the Supreme Court's justices unanimously agreed that the Second Amendment protects an individual's right to have a gun in the home for self-defense.

However, although concluding in the Heller case that the Second Amendment right is "not limitless," the Supreme Court left open the question of what kind of gun restrictions are permitted under the United States Constitution in its decision.

It is anticipated that a decision will be reached in the case of New York State Rifle and Pistol Association v. Bruen before the end of the summer.