Not Irish on St. Patrick's Day? 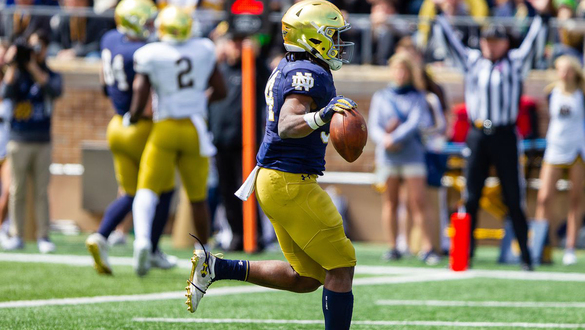 Not Irish on St. Patrick's Day?

Don't Worry. Neither was He.

"Contrary to popular belief, Saint Patrick was not Irish at all. The man who later became known as Saint Patrick was born with the name Maewyn Succat. He was born in Britannia, also known as modern-day Great Britain, in the latter half of the 4th century. Succat would later change his name to Patricious, the Latin derivative of Patrick, which is how he became Saint Patrick. — Saya Ross

Not to be too eccentric, If you wish to be true to history, you don't need to wear green to honor St. Patrick. The earliest depictions of St. Patrick show him clothed in azure blue garments, not green.

As of 1783, the official color of the Irish parliament was azure blue. Its significance dates back to early Irish mythology when Irish sovereignty was often represented by "Flaitheas Eireann," a woman dressed in blue.

This, in turn, is thought to be based on the 10th-century queen Gormfhlaith, whose name conflates the ancient words for blue (gorm) and sovereign (flaith).

The English King Henry VIII, famous for splitting from the Catholic Church to set up the Church of England, was the "Lord of Ireland" when he declared Ireland a Kingdom in 1542. (English kings had been simultaneously the Lord of Ireland since 1171).

Henry VIII's decision to make Ireland a kingdom implied that a cost of arms needed to be adopted.

The chosen design was a golden harp on a blue background. Blue again, not green. A modern-day echo of the traditional blue Irish color is that University College of Dublin sports teams plays wearing St. Patrick's Blue and saffron.

The Union flag dates to 1606 following the accession to the English throne of Scots King James VI. The British flag assumed its current form in 1801 when Ireland joined the United Kingdom.

To celebrate, England's German King, George III, so beloved by the American revolutionaries, adopted a new order of chivalry for the Kingdom of Ireland.

The Union Jack was composed of an overlay of the three crosses adopted by each of the United Kingdoms — The St George's Flag of England, the St Andrews Flag of Scotland, and the St. Patrick's flag of Ireland.

King George had his own ideas about colors that did little to explain how green became the Irish color.

This was not a decision imposed by an authoritative edict or heraldic custom. Green became the Irish color spontaneously as a gesture of support during the Irish Rebellion of 1798.

As you may know, the shamrock that St. Patrick was thought to have used in his preaching to symbolize the Christian Holy Trinity is literally a clover. The three leaves represented respectively "father," "son, "and "holy ghost."

During the 1798 Irish rebellion, the United Irishmen's rebel organization adopted green as their official color and pushed their insurrection against British rule. They took the clover as a visible symbol of their nationalism. "Wearing of the green" on lapels.

"Wearing of the Green" provoked harsh retaliation by British authorities, as memorialized in the lyrics to this late 18th-century song:

"O Paddy dear and did ye hear the news that's going round?

The shamrock is by law forbid to grow on Irish ground!

For there is a cruel law ag'in the wearin' o' the green.

And he said: "how's poor old Ireland and what way does she stand?"

She is the most distressful country that ever yet was seen

For they're hanging men and women there for the wearin' o' the green.

So if the colour we must be England's cruel red

Let it remind us of the blood that Irish men have shed.

And when the leaves in summer-time their colour dare not show,

Then I will change the colour, too, I wear in my caubeen,

But till that day, please God, I'll stick to the wearin' o' the green."

The idea that the shamrock was not allowed to grow on Irish ground sounds ridiculous, but it was a law. It was the culmination of centuries of effort by English rulers to repress Irish culture and traditions. If the shamrock was found growing on your land, then men and women could be hanged, and that is a fact.

In 1603, Queen Elizabeth I, "Good Queen Bess," undertook to ban Celtic music because it symbolized Irish identity. She ordered her officials in Ireland "to hang the harpers, wherever found, and destroy their instruments."

With Vladimir Putin's war crimes in Ukraine filling the news, it is tempting to despair about the prospects humanity faces. However, Putin, as evil as he is, doesn't execute people for singing Ukrainian folk songs like, "(Ty zh mene pidmanula / You Tricked Me)" or "(Byla mene maty / Mother Was Beating Me)."

Yes, life can be challenging. Moreover, the fact that St. Patrick's Day is now a relatively happy occasion for persons of all nationalities to wear green and drink to excess could be a positive omen for Ukraine.

Modern Ukraine's national colors: sky blue and gold, echo those of old Ireland from 1542. Perhaps in another 480 years, Ukrainians will be free of the Russian yoke? And persons of all nationalities will join in toasting St. Vladimir I of Kyiv, who, like St. Patrick, brought Christianity to Ukraine?

For astute financial guidance and more editorial insight check out my newsletter and get more of the forecasts judged 'impossible' when they were initially made in Strategic Investment.