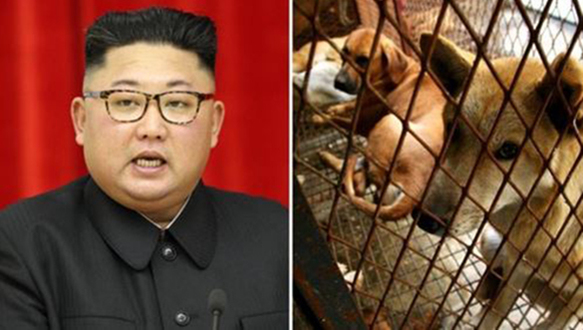 Donald Trump and Kim Jong-un share a despicable inhuman trait.  Donald Trump hates dogs! Kim Jong-un hates dogs! Trump refused to allow his son Barron to adopt a Labradoodle to ease his loneliness in the White House.  Hatred of dogs and cats is common among sociopaths, which explains why North Korea’s Kim Jon-un is now condemning pet ownership as a ‘decadence’ and ordering dogs to be confiscated.

North Korean dictator proved he’s one of the worst scumbag dictators in human history. Kim Jong-un has ordered his oppressed people to surrender and turn in their pet dogs deemed to be “decadent luxury possessions,” so they can be killed to feed the nations starving population.

The miserable, murderous North Korean dictator lives the decadent lifestyle of a multi-billionaire with all the luxuries any man could want, including harems. In other words, Kim Jong-un is not forced to eat dog.

According to the state-owned and managed Chosun Ilbo media outlet in South Korea, North Korea’s Supreme Leader has ordered that any dogs not turned in must be confiscated.  They have been selling the pets to the restaurant trade in since July,

Kim Jong-un says that having pet dogs is a “decadent” luxury and “a ‘tainted’ trend by bourgeois ideology.” He is ordering all North Korean residents to surrender their pet dogs to be killed for food.

This is the same Kim Jong-un, who President Trump claims to have exchanged many love letters and who he claims “we fell in love” repeatedly.  We know both men share very similar personality traits, one of which is the hate of family pet.

Believe it, or not the Democrats are missing a huge opportunity with independent and Republican dog and cat owners.  The fact is that anywhere between 100 million and 250 million Americans love their dogs and cats. It’s estimated that 78 million dogs and 85.8 million cats belonging to Americans.

Meanwhile, Joe Biden, the presumptive Democratic nominee, loves dogs and is a dog owner by contrast and would conceivably force Republican and Independent dog lovers who had planned on voting for Trump to reverse direction and vote for Biden. 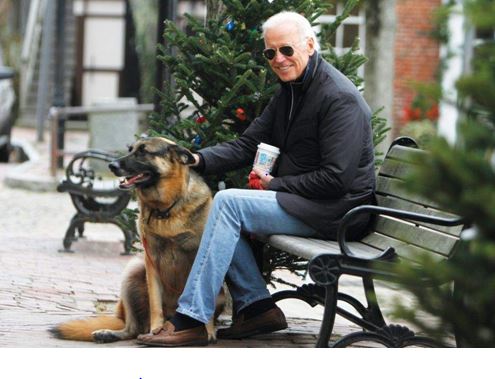 It’s one thing for Trump to be in love with a despotic mass murderer; it’s another thing entirely to be a mass murderer of dogs and cats.