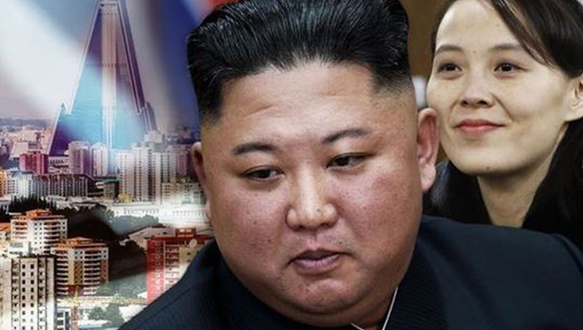 Jong-un is rumored to be in a coma and at risk of dying. His sister Kim Yo-jong is likely to order the execution of dozens of generals and government members. It may not help her hold power; she’ll likely end up brutally tortured and murdered by the next dictator.  North Korean culture won’t tolerate a female dictator.

North Korean experts believe that Jong-un's sister Kim Yo-jong could be a much more brutal murderous and hard line against the west than her brother. She will need to be, to survive in power in a country that’s culture renders women as baby machines that have little value as compared with men. Her fate lies in the hands of North Korea’s military, and for that reason, if Kim Jong-un passes away, she will face the choice of killing potentially scores of military leaders in an attempt to consolidate power.

Kim Jong-Un's Sister, Why You Should Be More Scared of Her

Meanwhile, the coronavirus may be sending North Korea into economic and social collapse.

Get the latest information from the CDC about COVID-19.