No Trade Talks Between the US and China Currently! 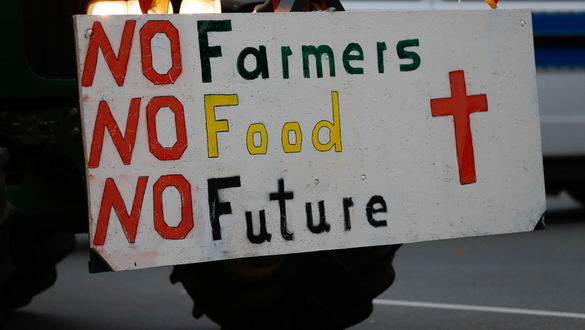 Chinese economic data looks stronger than expected and is fueling a rally in its equity markets even though it appears all communication between the two largest economies appear to have shut down completely just 13 days before President Trump’s next round of tariffs kick in.

The Chinese have now demanded that all tariffs be dropped for them to consider Trump’s much-hyped ‘Phase 1” trade deal. With no talks underway the likelihood of even a ‘Phase1” trade deal in the coming week’s looks to be impossible.

President Trump’s signing of two new acts in the wake of the widespread peace and democracy protests in Hong Kong have so infuriated the Chinese government that all communication between the countries has been shut down. This means the U.S. will conduct an annual review of Hong Kong’s special trading status and allow U.S. sanctions against officials responsible for human rights violations in the territory.

The next critical deadline set by President Trump takes place on December 15 when Trump has ordered the imposition of an additional 15% tariff on about $156bn of Chinese products. It’s widely believed that China will likely cease all U.S. agricultural produce purchases if President Trump goes forward with those December 15, 2019 tariffs.

China has been increasing making known its intention to cease all negotiations unless the Trump administration removes all existing tariffs on hundreds of millions of dollars’ worth of Chinese goods – and cancel the imposition of additional December Tariffs. According to the Global Times, citing “sources with knowledge of the talks.” “The U.S. must remove existing tariffs, not just the planned tariffs, as part of the deal.”

Sooner or later, the fact that China is the source of two-thirds of US imports of goods on its tariff list, that are made up of mainly consumer products, and nearly half of global exports U.S. importers will be financially devastated and find sourcing alternative suppliers incredibly difficult. Many of this country’s biggest importers are knocking down Trump’s door to postpone the implementation of the tariffs on December 15th, for fear of the financial consequences.

Farm bankruptcies through September have already surged 24% versus the prior year, to 580, thanks to Trump’s trade war with China and Europe, slumping commodity prices, and a year of terrible weather.

Bankruptcy filings in the state of Wisconsin through September have hit 48, followed by 37 filings in Georgia, Nebraska, and Kansas. The suicide rates among farmers have risen sharply, and many rural towns dependent on agriculture become ghost towns.

While President Trump has earmarked $28 billion in financial assistance for farmers whose sales to China have been crippled or blocked, the money has been slow in arriving. Citrus farmers in Florida are still waiting on disaster aid promised after Hurricane Irma two years ago. So far, only half of the promised $343 million federal grant money promised has been dispensed, mostly all since this past January. The strain has bankrupted family farms all over the state of Florida.

One of the biggest complaints by farmers suffering under the China sanctions is that big corporate farms are getting preferential treatment, and family farmers are getting screwed by the Trump Administration. Also, another big complaint comes from farm suppliers and local businesses dependent on farmers in red and purple states who are getting financial aid to insulate them from the Chinese agricultural boycott. If Trump imposes the threatened December 15 tariffs, he may well lose both his re-election and the Senate.  If that happens, ironically President Trump could well find himself, three oldest children under arrest, and waiting for trial in Rikers Island on NY state felony charges.