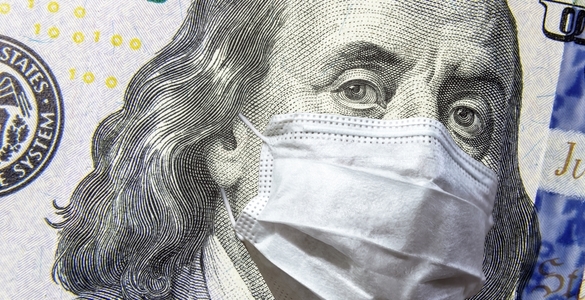 Several months before the coronavirus pandemic began, during President Trump’s attempt to purge all that was associated with the Obama administration, eliminated a key American public health position in Beijing intended to help detect disease outbreaks in China.

The American disease expert, a medical epidemiologist embedded in China’s disease control agency, was forced on orders from the White House to leave her post in July.

She was, therefore, not there as the first cases of the new coronavirus emerged as early as November to send warnings to the CDC and the White House that a potentially deadly virus has been detected. The Trump administration, instead of recognizing the fubar in February, chastised China for censoring information about the outbreak and keeping U.S. experts from entering the country to help.

Bao-Ping Zhu, a Chinese American, served in that role, which was funded by the U.S. Centers for Disease Control and Prevention, between 2007 and 2011.

“It was heartbreaking to watch… If someone had been there, public health officials and governments across the world could have moved much faster.”

Zhu and the other sources point out that Dr. Linda Quick was a trainer of Chinese field epidemiologists who were deployed to the epicenter of outbreaks to help track, investigate, and contain diseases. As an American CDC employee, they insist Quick was in an ideal position to be the eyes and ears on the ground for the United States and other countries on the coronavirus outbreak and might have alerted them to the growing threat weeks earlier.

The withdrawal of Dr. Quick from Beijing left no other foreign disease experts embedded after she was removed in July. Zhu said it’s a fact that an embedded expert can often get word of outbreaks early, after forming close relationships with Chinese counterparts.

Zhu and other experts insist Quick could have provided real-time information to the U.S. and other officials around the world during the first weeks of the outbreak when they said the Chinese government tamped down on the release of information and provided erroneous assessments.

Quick’s departure may have nothing to do with health policy or streamlining the protection of the American people from a health crisis. According to many health experts and political scientists left, the decision to withdraw here was made as part of the bitter U.S. trade dispute with China.

The U.S. Field Epidemiology Training Program in China was discontinued in September, the sources said. The United States CDC said it first learned of a “cluster of 27 cases of pneumonia” of unexplained origin in Wuhan, China, on December  31, 2019.

Since then, the outbreak of the disease known as COVID-19 has spread rapidly worldwide, killing 31,000 people, infecting more than 678,900 of whom only 147,000 have recovered. The epidemic has overwhelmed healthcare systems in Italy and Spain and threatens to do so in the United States and elsewhere.

In a statement to Reuters, the United States  CDC said the elimination of the adviser position did not hinder Washington’s ability to get information and “had absolutely nothing to do with CDC not learning of cases in China earlier.”

However, the CDC has refused repeated requests to make Quick, who still works for the agency, available for comment.

Scott McNabb, who was a CDC epidemiologist for 20 years and is now a research professor at Emory University, was quoted as saying about this issue…

“In the end, based on circumstances in China, it probably wouldn’t have had made a big difference… the problem was how the Chinese handled it. What should have changed was the Chinese should have acknowledged it earlier and didn’t.”

U.S. slashed CDC staff inside China prior to the outbreak