No Chance of Stimulus Deal: Thanks to Mark Meadows 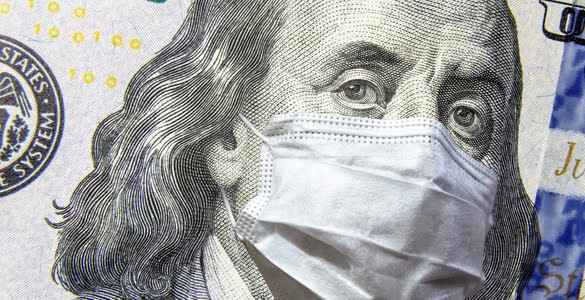 Democrats will never give in on indemnifying employers for COVID-19 infections that take place on the job.

Mark Meadows, President Trump’s Chief of Staff, continues to obstruct negotiations on a new stimulus deal. He attempted to make it appear as the Trump and Washington D.C. lawmakers are trying to put a deal together, but they aren’t.

Aid to states is the biggest roadblock to stimulus deal: White House chief of staff

The bill would exclude “things that (House Speaker) Nancy Pelosi has put in her bill that are unrelated to coronavirus,” though the bill’s details have not been finalized.  In saying he and his Republican Caucus would pass a bill that hasn’t won a compromise agreed to by the Speaker of the House, he’s effectively making it impossible to get to the 60 votes needed to pass their bill in the Senate.

The coronavirus pandemic has put millions out of work, hobbled businesses, and left local governments scraping for money. Unemployment continues to grow by 1 million new unemployment applications a week.

The danger is growing in states and localities being forced to lay off millions of more workers because of their tax collections plummeting as the result of the pandemic. Most of the relief programs passed by both houses of Congress and signed into law by the president in the spring have since dried up.  This is putting pressure on lawmakers on both sides of the aisle to come up with a new round of stimulus funding. But weeks of negotiations failed to result in a deal.

There are many reports the obstruction to a deal has come from one principal person in the White House – Mark Meadows.

Pelosi is no one’s fool. She knows that a few more weeks of soaring unemployment applications and Trump’s pushing schools to re-opening that are now starting to report a new wave of coronavirus infections will push public opinion in the direction of Democratic lawmakers in Washington.

Pelosi is also fully aware following news reports that members of the Trump administration covered up Trump’s coordination with Russia in 2016 did occur, and multiple cover-ups will help tilt public opinion in her caucus’ direction.

The Speaker of the House also knows a series of more bombshell books will be released in the 60 days will hammer both President Trump’s and as many as 20 Republicans in the House of Representatives and 11 Senators around the country on Election Day.

Sen. Richard Burr, (R-NC), told reporters three days ago on Aug. 28, a smaller GOP package would “probably will fail” to pass the procedural hurdle of getting the needed 60 votes needed.

In the end, there will be a stimulus bill with money for the states and localities, and there will be no immunization for work-related COVID-19 cases.