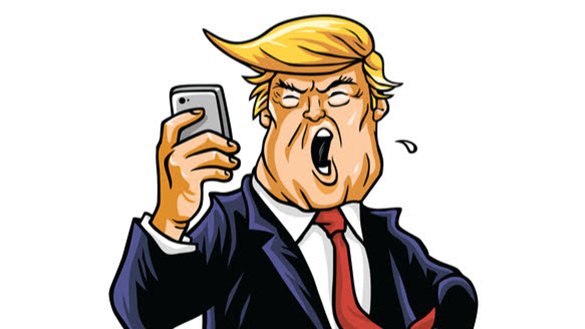 Former President Donald Trump is up to his neck in civil lawsuits and criminal investigations. His troubles in New York have just worsened as the Manhattan DA is now investigating his efforts to develop his companies Seven Springs estate in Westchester County, New York and his skyscraper in Chicago.

According Attorney’s Office has issued new subpoenas for all records concerning the Wall Street Journal (WSJ), the Manhattan District Trump failed to develop luxury housing at the Seven Springs property in Westchester, New York he purchased in 1995 for $7.5 million. According to the WSJ, they also ask the local government to provide recordings related to all public and private meetings with Trump’s representatives involving the property.

According to the WSJ…

“Prosecutors in recent weeks have sent subpoenas to land-use lawyer Charles Martabano and engineer Ralph Mastromonaco, both of whom were involved in planning the Trump Organization’s proposal for Seven Springs. The district attorney’s office also requested recordings of planning-board meetings in Bedford, NY, one of three towns on which the Seven Springs estate sits.”

According to court filings made by attorneys working for Manhattan DA Cyrus Vance, the Manhattan District Attorney’s probe into Seven Springs appears to be part of a broader investigation into Trump corporate and personal finances. They’ve told the courts they are trying to determine if Trump and/or his business committed tax fraud by misrepresenting the value of his properties. The WSJ notes…

“Prosecutors’ interest in the local planning process could relate to the property’s valuation, and whether it was improperly inflated on financial documents,”

The Manhattan DA criminal probe has expanded in recent weeks by subpoenaing financial documents related to a skyscraper that Trump built in Chicago.  The building had been featured on his reality show “The Apprentice,” which further indicates prosecutors are possibly investigating potentially widespread fraudulent practices across the former president’s business empire.