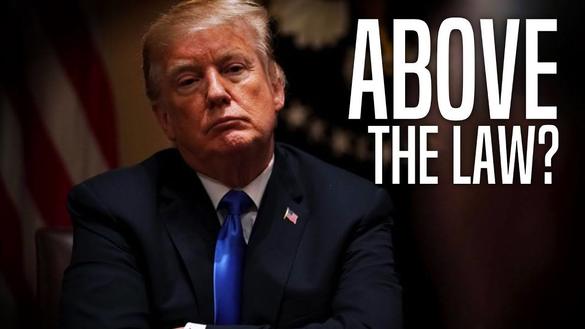 Former President Trump is a step closer to be indicted for election interference and racketeering in Georgia.  A new tape-recorded phone call has emerged, showing President Trump pressured Georgia investigator to find him his delusional votes.

According to the Wall Street Journal, former President Trump told Frances Watson, who was in the process of certifying mail-in signatures, that if she could find enough votes, she “would be praised” and that “something bad happened.”

A newly released audio recording of this phone call can be found here.

Tuesday night, MSNBC’s Rachel Maddow reported that the Fulton County District Attorney Fani Willis has revealed that she would be looking into whether the RICO statutes could apply in charges against Trump.  Willis has hired as a consultant John Floyd, an Atlanta civil litigator, considered the state’s leading authority on racketeering and conspiracy law.

Maddow suggests that Donald J. Trump, Senator Lyndsey Graham and former White House Chief of Staff may have violated Georgia State laws. She contends they may have interfered in its 2020 election by calling the State’s Governor Brian Kemp and several state election officials, including the supervising investigator in charge of verifying election signatures during the repeated recounts.

“It’s not a stretch to see where she’s (Fani Willis) taking this. If Donald Trump engaged in two or more acts that involve false statements - that were made knowingly and willfully in an attempt to falsify material fact, like the election results - then you can piece together a violation of the racketeering act.”

In his phone conversation, Fani Willis says Trump does that and more. After his hour-long call with Brad Raffensperger, Georgia’s secretary of state, Trump repeatedly urged him to alter the state’s presidential vote.

Trump was joined by the White House Chief of Staff Mark Meadows and several lawyers, including longtime conservative attorney Cleta Mitchell and Georgia-based attorney Kurt Hilbert. Raffensperger was joined by his office’s general counsel, Ryan Germany, and Deputy Secretary of State Jordan Fuchs. The transcript of that phone call can be found here.

Many legal observers believe the two phone calls give Fulton County District Attorney Fani Willis more than enough evidence to take to a grand jury. If Trump and any of those involved in these two phone calls to Georgia state officials are proven, they were designed to pressure a false outcome of election results based on just Trump’s assertions that “something bad happened” and that he won “Georgia by a lot” they and the former president could face a prison sentence of as much as 20 years.