New MIT & State Street Study is Predicting a 70% Chance of a Recession! 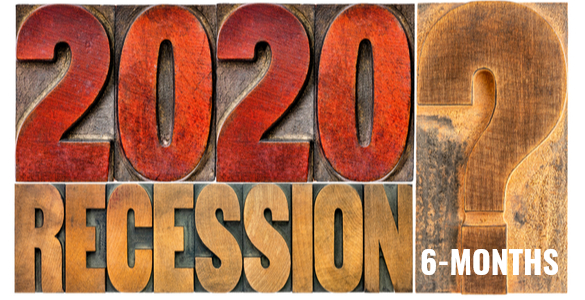 A new study conducted by MIT’s Sloan School of Business and Boston's State Street Associates used a scientific approach that predicts a 70% chance of an economic recession in the next six months.

A newly developed study by the researchers at MIT’s Sloan School of Business and Boston's State Street Associates deserves the attention of economists, investors and professional money managers because of the startling results after being backtested over the last 100 years.

The MIT and State Street researchers applied the economic data from four factors to the principles of the Mahalanobis distance, a measurement tool designed to analyse human skulls that was developed in 1936. The researchers created an index combining industrial production, non-farm payrolls, stock market return and the slope of the yield curve i.e., the interest rates of bonds having equal credit quality but differing maturity dates. Then they applied this formula to economic conditions as far back as 1916.

The researchers discovered the index, called the KKT Index, appears to be a reliable indicator of approaching recessions. The backtesting showed that when this index rises above 70%, the likelihood of an economic recession occurred within six months. The KKT index hit 76% three months ago, in November of 2019.

The methodology was published last week as "A New Index of the Business Cycle," by William Kinlaw, Mark Kritzman and David Turkington.

While other economic indicators are pointing to a strong U.S. economy through 2020, the combination of weakening industrial production and the slope of the yield curve unsettling, according to William Kinlaw, the KKT index is signaling a 76% chance of a recession is approaching. By comparison, the chances of a recession occurring in any six months, without the four conditions used in the KKT index works out to be just 17%.

As a backdrop to this study, some economic realities may indicate a recession is approaching beyond those used in the KKT index…