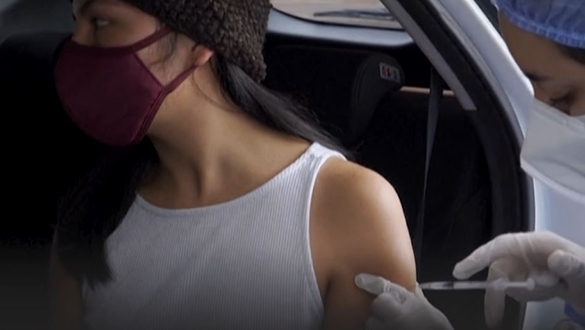 Delta Variant spread and the sheer numbers of unvaccinated Americans forces employers to mandate employees to prove they are vaccinated before returning to work.

Daily deaths will more than triple in the United States during the current COVID-19 outbreak, which is being fueled by the highly contagious Delta Variant. The current COVID-19 outbreak in the United States will steadily accelerate through the summer and fall, peaking in mid-October, with daily deaths more than triple what they are now.

New predictions were published Wednesday by the COVID-19 Scenario Modeling Hub, a group of researchers working in collaboration with the Centers for Disease Control and Prevention to aid the agency in tracking and predicting the pandemic path.

The increase in instances has prompted new demands for companies to require COVID-19 vaccinations for their employees, and some large organizations are beginning to heed the request.

Vaccination requirements generated a flurry of action on Monday, with California and New York City proposing vaccine mandates for government workers or else weekly testing due to the flu outbreak. Because of its emphasis on front-line healthcare professionals, the United States Department of Veterans Affairs became the first government agency to require vaccinations.

The move comes at a time when COVID-19 infections, fatalities, and hospitalizations are on the rise again, owing to the more transmissible delta form, and at a time when the vaccination rate has dropped substantially.

For parents anticipating the start of the new school year, businesses anticipating the return of employees to the office, and everyone wishing that the days of large national surges were behind them, it's a disappointing prospect.

It seems that the virus's behavior in this nation corresponds to the worst-case scenarios, according to Justin Lessler, an epidemiologist at the University of North Carolina who contributes to the operation of the modeling center.

"It's possible that we're witnessing combinatorial effects from individuals being less cautious, on top of the effects of the delta variation," says the researcher.

"I believe that is a strong case for prudence," he continues.

The group's most recent predictions integrate ten mathematical models from different academic teams to produce an "ensemble" projection more accurate than any one model.

It provides four different scenarios for its predictions, each of which differs depending on how much of the population is vaccinated and how fast the delta variation spreads.

After the sponsor's message, the article continues.

According to Lessler, the United States will achieve just 70 percent immunization among eligible Americans in the most probable scenario. The delta variation will be 60 percent more transmissible than the other variants.

According to Lessler, during the height of the epidemic in mid-October, there would be about 60,000 cases and approximately 850 fatalities each day.

Additionally, each scenario provides a range of how terrible things might become — for example, the most probable scenario has approximately 240,000 people becoming infected and 4,000 people dying per day at its height in October, which is nearly as severe as it was last winter at its lowest point.

Many scientists believe that employer-mandated vaccination programs are the key to increasing immunization rates and reducing the current outbreak, disproportionately harming the unvaccinated.

Although vaccines are free and widely available in the United States, and the president has "pleaded with people" to get vaccinated, Ezekiel Emanuel, a medical expert at Pennsylvania's University of Pennsylvania who served as a health care adviser in the Obama administration, says that "we're still just shy of 50 percent of the population [who has] gotten their shots."

According to him, we need to go forward and requirements, particularly for health professionals, are the next step.

A substantial increase in the proportion of the population that receives vaccinations is needed, according to experts. Otherwise, epidemics would continue to deteriorate.

The danger is mainly borne by unvaccinated individuals. However, a small number of vaccinated people will still get ill, and there will be consequences for society, such as overcrowding in certain hospitals in some areas of the nation.

According to Bob Wachter, head of the department of medicine at the University of California, San Francisco, "it is obvious that gentle persuasion did not reach the vaccination rate we need to combat Covid."

"Yes, politics is complicated, but dying is much more difficult, as is re-tanking the economy.

No other option will bring us to where we need to go." Vaccine requirements are necessary now.

In response to attempts to promote or require vaccinations, several Republicans have expressed opposition.

Even a voluntary attempt to go "door to door" pushing vaccines, as President Biden suggested, was criticized by many Republican legislators as an example of government overreach.

Republican state legislators in states such as Indiana and Iowa have resisted attempts by hospitals or universities to impose vaccination requirements on their employees.

In a statement released on Monday, White House press secretary Jen Psaki welcomed a statement from healthcare organizations asking for vaccine requirements. Still, she stopped short of calling on other businesses to compel vaccination.

Susan Bailey, president of the American Medical Association, said in an interview that it is obvious that the delta variation now has the upper hand. "We believe it is time to urge businesses to compel their workers to get vaccinated as a further step," she said.

Supporters expressed optimism that the sequence of actions taken by California, New York City, and the Department of Veterans Affairs on Monday will encourage other businesses and municipal governments to follow suit.

California Gov. Gavin Newsom (D) stated on Monday that it is past time to move away from the current system of choice and toward one of the requirements for vaccines.

"We've reached a moment in this epidemic, this pandemic, where choice, specifically people's decision not to be vaccinated, is now having a deep and terrible and fatal effect on the rest of us," Newsom said.

Another move that may increase the country's immunization rate is the complete approval of the COVID-19 vaccines by the Food and Drug Administration (FDA).

While the procedure for the current emergency use authorizations was thorough, and experts unanimously agree that the vaccinations are safe and effective, the last step of full approval may persuade some of those who are still dubious of the effectiveness of the vaccinations vaccine.

Some experts have urged the FDA to act more quickly to complete the vaccinations' approval.

Employers may feel more secure in requiring the vaccination due to this decision, but it is not a requirement in many cases.

The vaccination requirement implemented by Indiana University, for example, was not blocked by a federal court earlier this month.

In response to the FDA's complete approval, Bailey of the American Medical Association said, "We know these vaccinations are safe and effective."

"We do not believe that we need to wait for that administrative action before proceeding with recommendations for vaccination mandates."