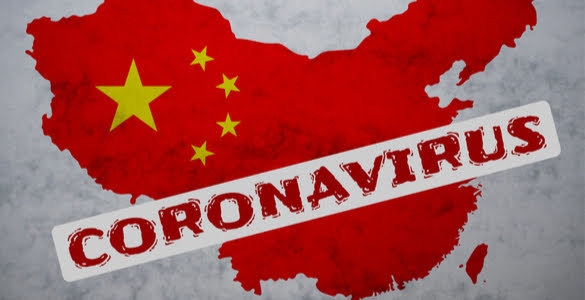 China is facing a new outbreak of Covid-19 and has placed neighborhoods in Guangzhou, the capital of the southern province of Guangdong, in a strict lockdown. Thousands of people are being quarantined.

The New York Times reports, China has conducted a series of shutdowns starting about 60 days after the Covid-19 virus was first detected, but only after one physician who died from the disease was brave enough to go public with his concerns. The Chinese government has strictly held the number of infections and deaths the virus has caused, but one thing is certain the latest outbreak suggests that the Covid-19 pandemic will continue to be part of Chinese life for some time to come.

China has undertaken a great deal of effort to appear as if it has been able to get the coronavirus under control over the past year. Still, the truth is hundreds of millions of Chinese people remain unvaccinated. It’s apparent from reliable sources on the ground in China that new variants of the coronavirus have developed, and serious questions remain about whether China’s self-made vaccines are effective.

The latest outbreaks of cases are centered in Guangzhou, the capital of the southern province of Guangdong. Authorities in the province are apparently battling the Delta variant, which has and continues to cause widespread loss of life in India.

The city of Guangzhou has tested almost its entire population of 18.7 million between Sunday and Tuesday. Some of its population has been tested for the second time. City officials have put neighborhoods with more than 180,000 residents into complete lockdowns, which even restricts people from going out even to be tested.

According to The New York Times, Zhang Zhoubin, the deputy director of the Guangzhou Center for Disease Control, said at a news conference.”…

“The early infections appear to have jumped from person to person at a cluster of eateries. Each infected person has infected more other people than in any previous outbreak that China has confronted.

Zhang Zhoubin went on to say…

“The epidemic faced by Guangzhou this time is an unprecedented opponent, and it requires more resolute and decisive measures to deal with it,”

“Test facilities in Guangzhou have been operating around the clock. Lines are long. Residents wake early to try to beat the rush but still find delays.”

“Mandy Li, a longtime resident of the city’s Liwan District, where most of the infections have occurred, said she set her alarm clock for 3:30 a.m. She still had to wait an hour.”

The Times quoted her as saying…

“In the queue, there was a family of three,”

“Some woke their kids to line up, and some had strollers. But everyone was cooperative and quiet, as we know some volunteers and medical workers worked very hard, and they’ve been there all this time without rest.”

China’s approach has evolved since the coronavirus first emerged when Beijing initially put harsh restrictions on hundreds of millions of people. Today its lockdowns are focused on neighborhoods rather than cities or provinces. China has made vaccination the centerpiece of its strategy.

The outbreak has Beijing demanding that travelers from dozens of countries spend two weeks in employer-supervised quarantine even before flying to China. Once there, travelers must spend at least two weeks and sometimes three or longer in government-supervised quarantine, even if they are fully vaccinated. Rounds of tests can turn up a possibly false positive, leading to more tests and additional days or weeks in isolation.

“A German national who flew into Shanghai last month said that he had been sent to a hospital isolation room for three days because he tested positive for antibodies, which he attributed to taking a second vaccine dose 16 days earlier.”

“The German said that, after consistently testing negative for the virus, he was allowed to spend the remaining 11 days of isolation in a government-supervised quarantine center.”

“Many foreigners in China face a choice: If they leave to visit spouses, children, and other family members elsewhere, they may be unable to re-enter the country later because of the pandemic restrictions.”

Jacob Gunter, senior policy and communications manager at the European Union Chamber of Commerce in China, was quoted by the New York Times as saying…

“There is absolutely a growing fatigue for a lot of the foreigners who are here,”

According to their official public announcements, China’s leaders have been urging its citizens to get vaccinated and have administered about 800 million doses. That compares to the 300 million vaccinations administered here in the United States.

The Times further reports that…

“Yin Weidong, the chairman and chief executive of Sinovac Biotech, one of China’s main vaccine manufacturers, told state television last Friday that Chinese regulators had approved the emergency use of vaccines in children as young as 3.”

“Still, administering 800 million doses — almost all of the vaccines require two shots — means most of China’s 1.4 billion people have not been fully vaccinated. Some people remain hesitant to get the shots, and Chinese media outlets have used the Guangzhou outbreak to encourage skeptics to get inoculated.”

“The spread of the virus has raised new questions about the effectiveness of China’s vaccines, particularly against variants. Seychelles last month and now Mongolia have both had large numbers of infections despite high vaccination rates in the past three weeks. Both have used the Sinopharm vaccine from China, although Seychelles also relied partly on AstraZeneca vaccines.”

“The Delta variant now circulating in Guangzhou has also shown the ability in other countries to infect some people who had already been vaccinated, a phenomenon known as vaccine escape. Research elsewhere has found that to be a particular problem for people who have received only a first injection of a two-jab vaccine and are then exposed to the Delta variant.”

“Researchers in Britain have found that receiving only the first of two shots of the Oxford-AstraZeneca or Pfizer-BioNTech vaccines maybe only 30 percent effective in preventing infection with the Delta variant.”

According to Raina MacIntyre, who heads the biosecurity program at the Kirby Institute of the University of New South Wales in Sydney, Australia….

“After two doses, effectiveness appears to rise to 60 percent with the AstraZeneca vaccine and 88 percent with Pfizer-BioNTech. “With the degree of vaccine escape there is with the Delta variant, you really do need people to be fully vaccinated,”

“The third shot of his company’s vaccine produces a tenfold increase in antibodies within a week. But Chinese vaccine manufacturers are not yet recommending a third dose.”

“As far as China is concerned, in fact, completing the two-shot immunization is the most important task for all the public.”