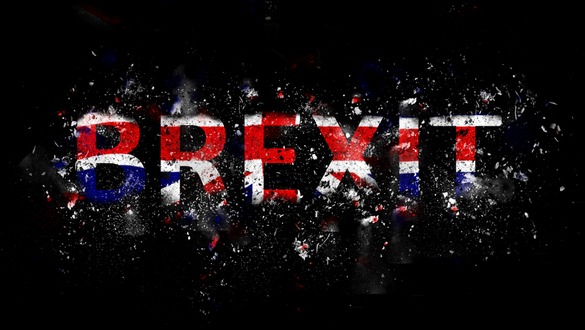 U.K. opposition Labour Party Leader Jeremy Corbyn has succumbed to pressure from his members of parliament to agree to support a new Brexit referendum. British Prime Minister Theresa May continues to be unable to get a reasonable deal with the European Union which is holding fast on improving the terms for a painless Brexit.

Jeremy Corbyn, the leader of the British Labour Party, has announced he will introduce an amendment supporting a “public vote to prevent a damaging Tory Brexit." His announcement comes as it has become increasingly likely that that Prime Minister Theresa May isn’t going to get the concessions needed to prevent hard Brexit (a sudden and non-negotiated departure from the European Union).

The British Labour Party was a major proponent of Great Britain withdrawing from the European Union (EU) and supported the non-binding Brexit referendum passed in 2016. Many political analysts believe the vote to leave the European Union was helped by a massive Russian led social media campaign that stoked anti-immigrant sentiment and Nationalist sentiment among voters. Many analysts also believe that British voters made their decision without any real understanding of the damage that would be caused by leaving the EU.

A decision by Parliament to call for another but binding vote on whether the British should leave the EU would be greeted with a great deal of enthusiasm by the world’s financial markets. The EU has indicated that it would push back the deadline for Brexit to either continue to negotiate or for another British referendum.

Most economists are opting on the impact of a Brexit, and believe that leaving the European Union would be disastrous for England’s economy and that after almost two years of negotiations British voters would more than likely decide not to leave the EU. That would be bullish for the British Pound, European Euro, and the European and English equity markets. It would likely end the frantic exit of hundreds of businesses from Great Britain.