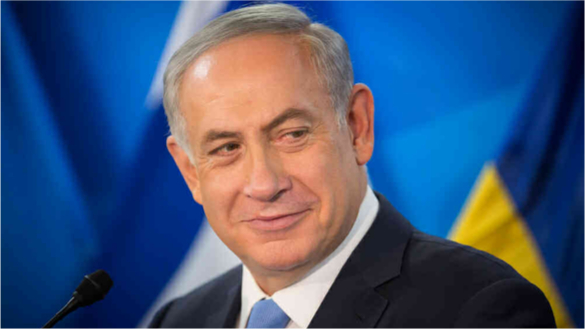 While the world is focused on the revelations and scandals taking place here in the United States surrounding President Trump another political and potentially criminal drama has been unfolding in Israel. After months speculation the Israeli police have finally recommended that its country’s attorney general should indict Prime Minister Benjamin Netanyahu and his wife Sara Netanyahu on bribery and corruption charges on Sunday. The scandal is known as "Case 4000."

For the third time in a year in "Case 4000" Israel’s police recommended Netanyahu should be indicted for bribery. The previous recommendations of indictments were related to…

·        Prime Minister Netanyahu is allegedly taking "gifts" worth $200,000 from businessmen in return for quick pro quo to promote their interests.

·        An alleged quick quo pro bribery deal between Prime Minister Netanyahu and Arnon Mozes, the publisher of Israel's largest newspaper and an archenemy of Sheldon Adelson ("Case 2000"). However, the allegations in "Case 4000" are the gravest of all the corruption investigations against Netanyahu.

“Case 4000” has become a national crisis in Israel as its national police ‘elite unit "Lahav 433," the Israeli equivalent of the FBI, and Israeli Securities Authority which began in February 2018.

The “Case 4000” scandal has its beginnings at the time Prime Minister Netanyahu was also the telecom minister and allegedly gave Elovitz regulatory benefits worth hundreds of millions of dollars. Netanyahu and his wife now stand accused of demanding positive coverage by one of Israel's major news websites Walla, which is owned by Elovitz.

Israeli opposition leaders continue to attack Netanyahu, insisting he is corrupt and contours the call for his resignation. In many ways, the scandal is very similar to the Trump Russian scandal here in the United States in that Netanyahu political party “the Likud” are backing him 100% by attacking the police, and defending him.