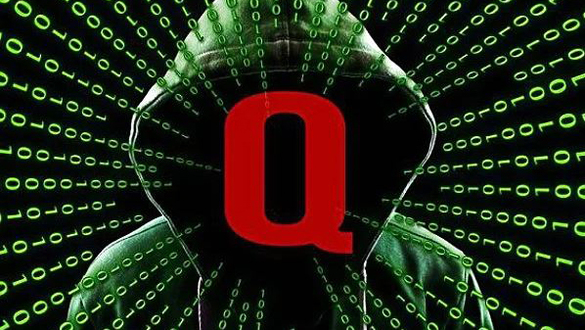 Madison Cawthorn, a Republican “QAnon” U.S. House candidate for North Carolina who was recently a featured speaker at the Republican National Convention, created and released a video to his supporters falsely claiming that Mexican cartels on the southern national border are kidnapping tens of thousands of U.S. kids and then selling them on “the sex slave market.”

The truth doesn’t matter to the Republican Party, and it doesn’t matter how outrageous and disgusting the lies are. This is proven by Madison Cawthorn, one of the GOP candidates for the House of Representatives in North Carolina. His wiliness to spread an outrageous lie through a video he’s posted online would never have been tolerated by the National Republican Party before Trump rose to the Presidency.

According to Madison Cawthorn…

“Tens of thousands of our children are going missing every year,” he continued, “and it’s because of cartels like MS-13 coming into our country and doing harm.”

The region’s local paper The Asheville Citizen-Times fact-checkers called the candidates claim a “discredited” and “debunked” one “promoted by the extremist conspiracy theory movement” known as QAnon.

QAnon believers are a growing group of far-right conspiracy believers. They promote lies that a Democrat-run “deep state” that is trying to stop President Donald Trump from exposing an international child sex trafficking ring that doesn’t exist anywhere but in their sick twisted imaginations.

Cawthorn has no evidence to support his allegations.  He has refused to provide a source of his information or respond to any questions. Cawthorn is also refusing to disclose why he recently went to the Mexican American border 1,500 miles to a QAnon border event from his district, or who paid his expenses, or how he knew the organizers.

The Daily Grind, the news arm of the Polaris Project, an anti-trafficking organization that operates the National Human Trafficking Hotline, released a statement to AVL Watchdog. It “has not seen a trend in law enforcement reports that would suggest any Mexican criminal organization or American Cabal is kidnapping tens of thousands of U.S. kids and selling them as sex slaves.

The Polaris Project has stepped forward and made it clear that child trafficking victims usually know their traffickers.  They are often  “a family member, family friend, or other relationship with the child” and that kids sold into sex slavery are sometimes runaways that become “easy prey for traffickers promising safety and shelter.”

The Polaris Project went on to say…

“Indeed, if tens of thousands of U.S. kids were being kidnapped from the U.S. border and sold into sex slavery,” the media or even President Trump might have mentioned it.”

Cawthorn has a long history of lying, including his often-repeated claim of being accepted into the U.S. Naval Academy before a car crash left him in a wheelchair. The military academy rejected him before his accident.

Cawthorn also deleted an Instagram post referring to Adolph Hitler as “the führer” (“leader” in German) and calling his visit to Hitler’s Eagle’s Nest home in the Alps, a “bucket list” destination.