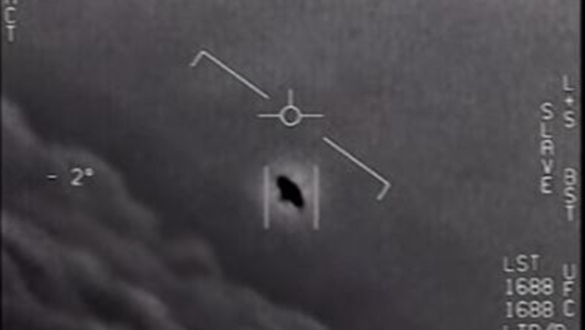 Former Florida U.S. Senator, astronaut, and NASA Chief Bill Nelson talked passionately about his agency’s goal to search for life beyond Earth during a candid conversation on space policy on October 19, 2021. Then he went on to claim that some UFOs are extraterrestrial.

During a recent panel discussion earlier this month, NASA Chief Bill Nelson switched from addressing NASA’s mission to describing a series of U.S. military contacts with unexplained flying objects, several of which seemed to move in unique ways while in restricted airspace.

NASA’s chief said unequivocally that he believes the pilots who claim to have seen weird aircraft move in ways that defy existing technology to realize that they “saw something, and their radars latched onto it.” Nelson went on to speculate openly…

“Who am I to say that planet Earth is the only location of a life form that is civilized and organized like ours?”

Nelson is only the latest high-level U.S. official to hint that UFOs may be extraterrestrial. This past June, President Bill Clinton was asked about the military’s recent encounters with a mysterious craft that move at speeds. With the agility beyond our technology, the former President responded by pondering the vastness of the universe and the high probability of life existing beyond Earth.

Former President Barack Obama has also speculated on the extraordinary implications of recent instances that seem to defy gravity and the rules of physics and has expressed his view that what we are seeing is, in reality, extraterrestrial.

It is worth noting that both Clinton and Obama continue to have access to top-level intelligence briefings.

“Constitute a different form of life.”

Brennan has gone on to say…

“It’s a bit presumptuous and arrogant for us to believe that there’s no other form of life anywhere in the entire universe.”

This line of thought has also been echoed by former CIA Director James Woolsey, who has been a longtime UFO skeptic who recently voiced openness to the possibility that such encounters have supernatural explanations.

In a series of interviews, Ratcliffe eliminated the existence of secret U.S. technology and cited “high confidence” intelligence assessments to eliminate foreign adversaries as possible explanations for the most compelling UFO encounters. According to the former head of U.S. intelligence, some UFOs exhibit “technologies that we don’t have and, frankly, that we are not capable of defending against.”

Perhaps the most important person to speak out about alien encounters is Luis Elizondo, former director of a Pentagon unit that analyzed military encounters with UFOs. Elizondo has suggested that the most compelling incidents have extraterrestrial explanations.

As startling as these events may seem, it is equally crucial to remember that the UFO mystery is not new and that history is repeating itself.

Reports of unidentified craft maneuvering in extraordinary ways surged in the 1940s, shortly after the first nuclear weapons were detonated. With stark parallels to recent developments, declassified documents show that from 1947 to 1952, U.S. intelligence analysts ruled out foreign adversaries – such as the Soviet Union – or highly classified American technology as plausible explanations for the most credible and compelling UFO encounters. Unsurprisingly, top military officials began…

In early 1953, however, such objective, open-minded government analyses came to an abrupt halt, with many who believe that many were a UFO coverup.

Over several days the previous summer, pilots and radar operators in Washington, D.C., reported extraordinary (and still unexplained) encounters with unidentified objects. But the sheer volume of UFO reports – and the deluge of public queries that followed – spooked America’s defense planners.

U.S. government officials in the 1950s were concerned that future mass UFO sightings would overwhelm intelligence and communications channels and that the former Soviet Union would exploit public interest in UFOs to sow “mass hysteria and panic,” handing Moscow a “surprise advantage in any nuclear attack.”

In response to these Cold War fears, the CIA assembled a panel of scientists to assess the UFO phenomenon. Over two days, the scientists, who – critically – were “not given access to the truly puzzling [UFO] cases,” recommended a sweeping government effort to “debunk” UFO sightings.

Fearing another flood of UFO reports, the CIA-convened panel reasoned that a “debunking” campaign would decrease “public interest in ‘flying saucers” and reduce Americans’ “susceptibility to clever hostile propaganda.”

“….would forever change both the course of media coverage and the official attitude toward the UFO subject.”

Indeed, the U.S. Air Force’s two-decade-long project to investigate UFO reports morphed into a determined effort to discredit UFO sightings and witnesses, no matter how credible.

Vice Admiral Roscoe Hillenkoetter, the first director of the CIA, summarized the situation this way…

“Through official secrecy and ridicule, many citizens are led to believe [UFOs] are nonsense.… Behind the scenes,” however, “high-ranking Air Force officers are soberly concerned…”

From the 1950s through almost six decades, the Air Force systematically discredited witnesses (many of whom had nothing to gain by coming forward), widespread public and congressional anger followed.

The Air Force’s official campaign to “debunk” UFO sightings at all costs only served to fuel the widespread perception of a government coverup, creating fertile ground for an array of exotic (and enduring) conspiracy theories. Moreover, by wrongfully tarring credible witnesses as kooks, the Air Force further fueled the powerful stigma that continues to stifle good-faith reporting of unidentified objects by reliable observers.