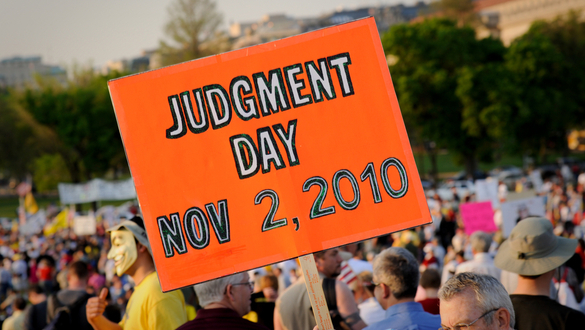 Tucker Carlson’s never-ending stream of white nationalist hatred targets Senator Warren and why this environment of hatred only serves to undermine our democracy.

When historians look back on the Presidency of Donald  Trump after the 2020 election, they will no doubt focus on his brazen lies, racism, and how he leveraged both to get elected. The historians will also be less than kind about President Trump governing with the sole focus keeping his core base constituency happy, literally millions who identify with white nationalist policies, thinly bearded as patriotism.

Historians will no doubt dedicate much research into FOX News complicity in supporting and normalizing racism to advance religious and racial hatred in the country, as a business model to making billions of dollars.

A good example of FOX News racial intolerance is allowing its hosts to openly use the hateful slur, Pocahontas, also repeatedly used by President Trump to describe Massachusetts Senator Elizabeth Warren since 2016.

Our historians today often need to piece together newspaper clippings and bits of black and white film to see accurately the rise of fascism in Germany that lead to World War II and the Holocaust. The visuals and documentation will be available for tomorrows historians in high definition sound and video.

The evidence of Rupert Murdoch and family complicity in the current white nationalistic fever will be undeniable. These images we see nightly on Fox will be seen tomorrow are a possible catalyst that directed histories outcome, as did the Nazis propaganda machine.

The latest example of the racist hate amplified by FOX News comes from Thursday’s broadcast of the Tucker Carlson show when during an interview with conservative commentator Tammy Bruce the producers with the permission of its host show posted a banner that featured and willfully normalized it.  Vilifying lawmakers is not news!

Brian Stelter, the well respected CNN media critic, called out FOX News and Tucker Carlson for the use of the slur. However, from Stelter’s perspective as a media analyst, he did not point out the continued danger of FOX willingness to air white nationalist programming that is institutionalizing racism and hate speech.

FOX willingness to represent as journalism hate speech and fact deprive arguments began with its wholehearted endorsement of Donald J. Trump’s Birtherism lie long after there was any doubt of President Obama’s U.S. birth. The lie was more dangerous than just putting the former president and his family in mortal danger from violent fringe white nationalist members of the network's audience. It was the first step in an attempt to destroy our democracy.

The current partial shutdown is designed on keeping nonwhite refugees and immigrants out of the country. Their Christianity provides them no sanctuary or compassion from the blanket accusations of being disease-carrying rapist drug dealers. They like Muslims are portrayed as vermin that must never be allowed into the United States. To ensure this policy, President Trump argues we need a great big wall at our southern border. Now he is holding the livelihoods of 800,000 “democrats” hostage to get his wall, and Murdoch’s FOX news is 100% behind the hostage-taking.

Among the 800,000 American workers held hostage are Air Traffic Controllers, TSA, Coast Guard and the Justice Department including the Secret Service guarding the first family. POTUS proudly confirmed yesterday that he is willing to keep these departments shut down for weeks, months or years to get his wall. Murdoch’s FOX News that has been steadily reinforcing Trump’s hate speech is cheering this shutdown and egging him on. I believe this will prove to be the proverbial last straw that turns American against both FOX News and Donald J. Trump.

Air Traffic Controllers and TSA employees will begin screaming financial agony and will stage a massive protest and yes sick outs designed to bring air travel to a slow grinding process. At the same time, red-states reliant on agricultural and social services will see massive protests as government services responsible for tens of billions of dollars in economic activity begin to be critically missed.

I believe the next few weeks will be President Trump’s and FOX News Waterloo. America cannot sustain a long-term shut-down to make a political point.

When the planes, checks, social and government services slow or come to a complete stop American’s will turn the channel with most of the 800,000 workers and their families and say why?   Hatred is no substitute for food in people’s bellies or roofs over their heads.

We, the intelligent side of America, understand that these 800,000 workers are not just Democrats as portrayed by President Trump. Republican workers are feeling the pain! Republican Senators in Ohio, Pennsylvania, Arizona, North Carolina, Georgia, Texas, Florida will begin to join those from Maine and Colorado to open the government.  In doing so, we may begin to see the beginning of the end of this President and national reconciliation that will address immigration reform, the status of the dreamers and a restoration of the civility and the American dream that President Trump has declared “dead.”   Dreamers conceived America, and our future is dependent on tomorrows Dreamers.   Without them who are we as a people?