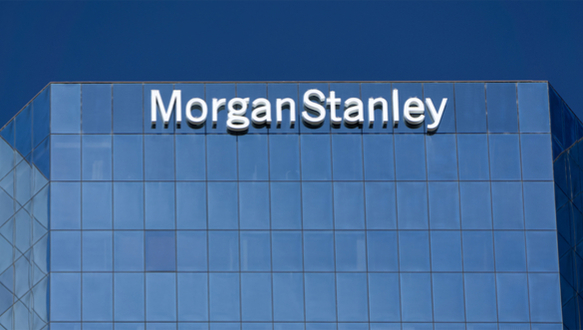 Trump’s Trade War with China may be the headline but there growing risks beyond the trade conflict that are weighing on markets and risk a recession.

There were signs well before Trump ratcheted up his trade war with China in May when he raised tariffs to 25% on $250 billion of China’s exports to the U.S. and is threatening to do so on all the remaining of its exports; that U.S. economic growth was slowing according to at least one Morgan Stanley analyst.

“Durable goods, capital spending, and Market PMIs were disappointing last week. All reflect April data, which means it weakened before the re-escalation of trade tensions,”

“In addition, numerous leading companies may be starting to throw in the towel on the second half rebound.”

Morgan Stanley‘s Wilson may be on to something… The Census Bureau reported durable goods orders – manufactured products meant to last at least three years like tractors, autos declined more-than-expected in April. This may be looked back on as being the first clear signal the domestic industrial sector, especially trade sensitive, is dropping in step with the slowing global economies.

Another indicator the IHS Markit last week reported that business activity in the U.S. manufacturing sector dropped to a near 10-year low in May.

This is terrible news because this indicator is typically more resilient. The U.S. service sector has now, however, slumped to a three-year low, shadowing the softness in U.S. manufacturing. These declines when combined give a reading of the purchasing managers’ index measure falling to 50.9, hobbling just above the minimum level of 50 that economists use to determine whether the U.S. economy is in an expansion. Morgan Stanly’s Wilson pointing to this also noted…

“Such a low reading on services and the composite measures have not been this low since the great recession,”

Yield curve inverting is an ominous sign from the bond market…

The bond market data is also flashing a red alert on economic growth here in the United States. This past March there was a brief inversion of the 10-year and 3-month Treasury yields in March that managed to panic investors; many see a dip in yields of longer-term U.S. Treasuries below their shorter-term counterparts as an early warning signal of an approaching recession. This buttressed claims by many analysts that

However, when viewed from another angle, this recessionary distress signal was predated by fixed income securities that reared a waring of an economic slowdown. Wilson points out in his Tuesday note.

“Adjusting the yield curve for QE and QT shows a persistent inversion for the past ~6 months, suggesting recession risk is higher than normal,”

Bottom line Morgan Stanley’s Wilson analysis means that if you adjust for the effects of the Federal Reserve’s large-scale asset purchases and or reductions shows the downward slope in the yield curve has been underway for about six months.

“The adjusted yield curve inverted last November and has remained in negative territory ever since, surpassing the minimum time required for a valid, meaningful economic slowdown signal,” Wilson said. “It also suggests the ‘shot clock’ started six months ago, putting us ‘in the zone’ for a recession watch.” 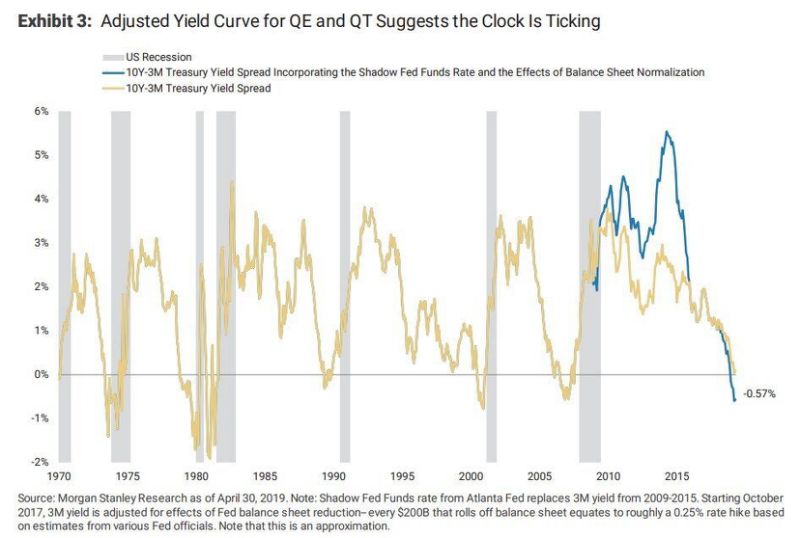 “…the initial adjusted curve inversion took place about the same time that the trade truce between the U.S. and China took place in early December – meaning the inversion persisted even amid positive trade rhetoric at the start of the year.”

“We think this means the U.S. economic slowdown and rising recession risk is happening regardless of the trade outcome,”