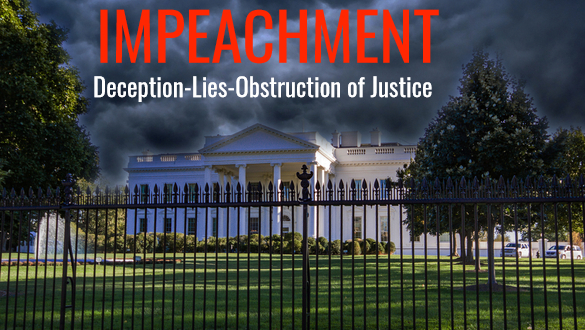 The Senate Majority Leader insisted that the House of Representatives went to federal court to compel President Nixon to hand over the crucial Watergate tapes that forced his resignation. That’s not how it happened.

In April 1974, Special Watergate Prosecutor, Leon Jaworski and not the House of Representatives obtained a subpoena that ordered Nixon to hand over a number of White House tape recordings and other papers.

President Nixon turned over edited transcripts of 43 conversations. These included portions only of 20 tapes demanded by Jaworski.

President Nixon then sought to have the subpoena quashed. Federal Judge John Sirica ordered Nixon to turn the tapes over by May 31. President Nixon then appealed Judge Sirica’s decision to compel him to turn over the balance of the recordings and transcripts to the U.S. Supreme Court.

The court heard oral arguments in the case on July 8, 1974. Nixon was represented by his attorney, James St. Clair.

Justice William Rehnquist recused himself from hearing the case because of potential conflicts. The decision to compel all the evidence turned over was made by unanimous decision (8-0) on July 24, 1974, in a decision written by Chief Justice Warren Burger.

When President Nixon turned over the remaining evidence, it included the infamous smoking gun tape showed that Nixon had ordered the Watergate cover-up on June 23, 1972, just six days after the burglary. The revelation caused Nixon’s public and congressional support to collapse and he resigned on August 9.

Senate Majority Leader has deliberately lied to the country to make the case that the second article of impeachment passed by Congress lacks credibility because, in 1974, he claims the evidence that forced Nixon from office was the result of the House of Representatives going to court to enforce its subpoenas. In addition, Mitch McConnell knows full well that in 1974 and in 1986, when the rules of impeachment were drawn up it was made clear that anyone facing both an impeachment investigation and or trail that refuses to comply with a subpoena is guilty of obstruction of justice.

In 1998 Senate Trial of President Clinton witnesses were called to testify and the rules allowed for witnesses. The insistence of Senate Minority Leader Chuck Schumer that former national security adviser John Bolton, acting White House chief of staff Mick Mulvaney, senior adviser to Mulvaney Robert Blair and Office of Management and Budget associate director Michael Duffey to testify and be cross-examined would constitute a fair trial.

Not having these witnesses to testify would amount to a sham Senate trial. For this reason, despite the passage of two articles of impeachment being passed yesterday, Speaker of the House Nancy Pelosi is not going to forward the impeachment to the Senate until Leader McConnell agrees to abide by the 1998 bi-partisan rules of impeachment.

This could mean that President Trump will have to run as an impeached POTUS for re-election without the benefit of being acquitted by the GOP controlled Senate. At the same time, several potentially embarrassing court decisions could be made by New York and Federal Courts, including the Supreme Court right up to Election Day. On top of this, the President and Rudy Giuliani could face indictment in New York.