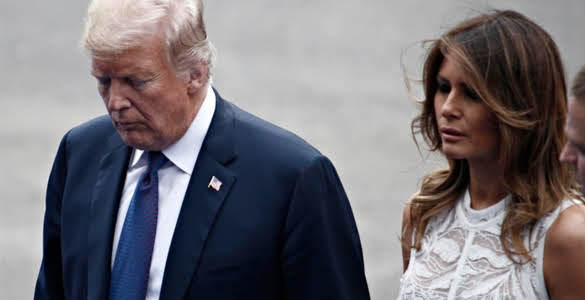 Donald Trump’s longtime lawyer and fixer is releasing his book entitled “Disloyal, A Memoir,” which promises to expose a litany of metaphorical “skeletons” that have been buried in Donald J. Trump’s closet.  Cohen knows about these skeletons because he buried them for Trump. Many of which will include incredibly embarrassing examples of debauchery that took place while Trump was married to Melania.

Melania Trump's now-famous smile displayed contempt during Trump’s swearing-in on inauguration has become one of the most often used memes in history. She can be seen smiling when Trump looks back at her, then as he looks away, she frowns. 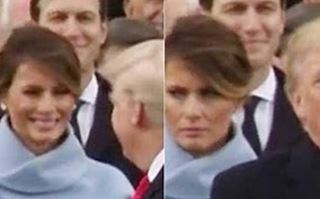 Michael Cohen’s book promises to reveal a raft of crimes he and Trump committed, including tax fraud schemes and on a personal level Trump’s Las Vegas sex club escapades that embarrassing tells of Trump’s penchant for golden showers.

It may all be too much for Melania Trump to take. We could literally see the first lady demand a divorce regardless of whether Trump gets re-elected or not. This is reflected in a CNN report that claims…

According to a Republican strategist who CNN is citing as a source, First Lady Melania Trump is opting not to use a professional speechwriting team for her upcoming Republican Convention address. Instead, she will rely on her small circle of staff.

CNN reports; That while Melania will take a significant role during the convention, she’s not expected to play much of a role in her husband’s campaign…

“Her disdain for barnstorming is something that has frustrated staff on the President’s reelection team, says one person who worked closely with the Trumps in 2016.”

“Mrs. Trump has shown us over and over that she does this role her way, with her timing, and generally on her terms.”

“For her not to be out there beating the bushes, drumming up votes, is not all that unusual, considering what we have learned about her as a first lady. But when she does want to be heard, she’s effective.”

Wall Street Rebel doesn’t believe Melania’s unwillingness to campaign has anything to do with not liking barnstorming. We believe it’s all about her husband’s inability to keep his fly zipped and the embarrassment that will be heaped on her by Michael Cohen and his paramours coming forward now that his fixer is spilling the beans. Any non-disclosure agreements rendered impossible to enforce by Michael Cohen’s book will become grist for the news media. In short, Donald Trump’s reckless disregard for Melania is going to make her more likely with a newly bolstered separation agreement to walk out on Trump, possibly creating the most significant October surprise in U.S. history.

CNN’s claim that the First Lady reportedly doesn’t plan to “attend events, speak to fundraisers, nor attempt to garner voters in any tangible way,” based on its sources.

Some will argue that her decision is related to the danger of bringing the coronavirus pandemic back to Barron and her elderly parents. However, many agree that even in a coronavirus-free world, Melania would still like to be taking the same background approach. She’s had enough of Donald Trump and his bad behavior.